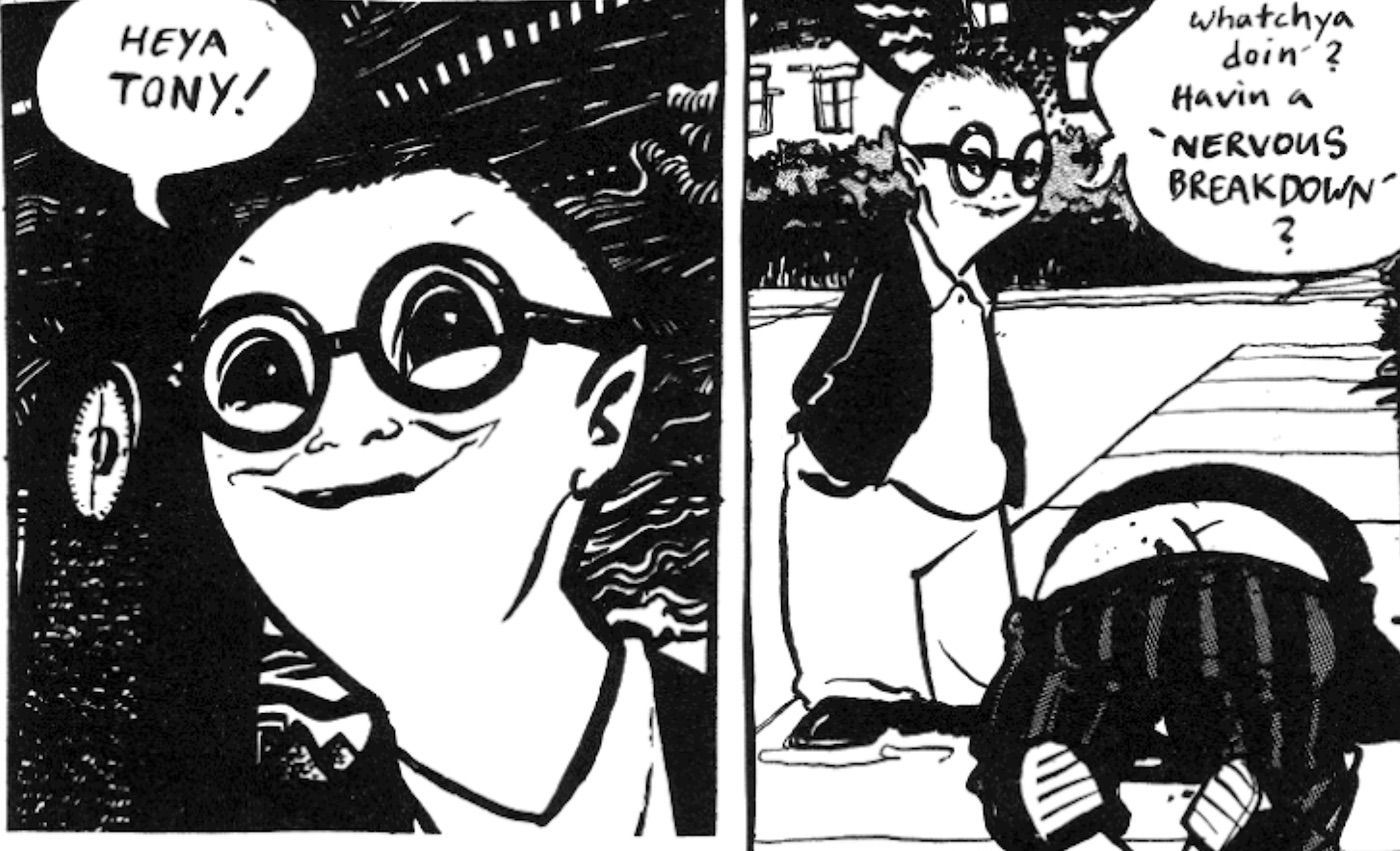 The reissue of The Biologic Show, reviewed for The Comics Journal. When I first saw this book in 1995 and then later emerged from under the bed the only compass points I had for it were cultural hangovers from the previous few years, all the serial killers and American Psychos. But at that point I hadn’t read Lipstick Traces. Looking at Al Columbia’s comic now, it’s a drastic mad-scientist splice of the puckish macabre of early comic strips and the authentic cabaret of scorn that Greil Marcus talks about. It is, among several other things, your old colossal Dada back in town.

It’s also a reminder that comics is one mighty medium for drastic mad-scientist splices, and it’s tough to imagine this particular twitch of creative energy taking any form other than this one. Which is ironic, given that a punch-up broke out between Al Columbia and Hollow Press just before the new edition came out over whether the publishers had tampered with the work at a qualitative level. Any contract between this particular artist and this particular publisher always looked like two fissile materials voluntarily climbing into the same test tube, and the inevitable big bang might prompt a couple of questions about archival publishing of wild mutant art in sober respectful packages, bound in black like a Bible. But not a question about whether The Biologic Show is a benchmark work of its era and its maker, a query which deserves due consideration for the two seconds needed before the answer becomes obvious.

Comics of the year 2020 Some comics of the year: What We Mean By Yesterday by Benjamin Marra, who called it “Degrassi High on mescaline” but whose sympathetic skewering of