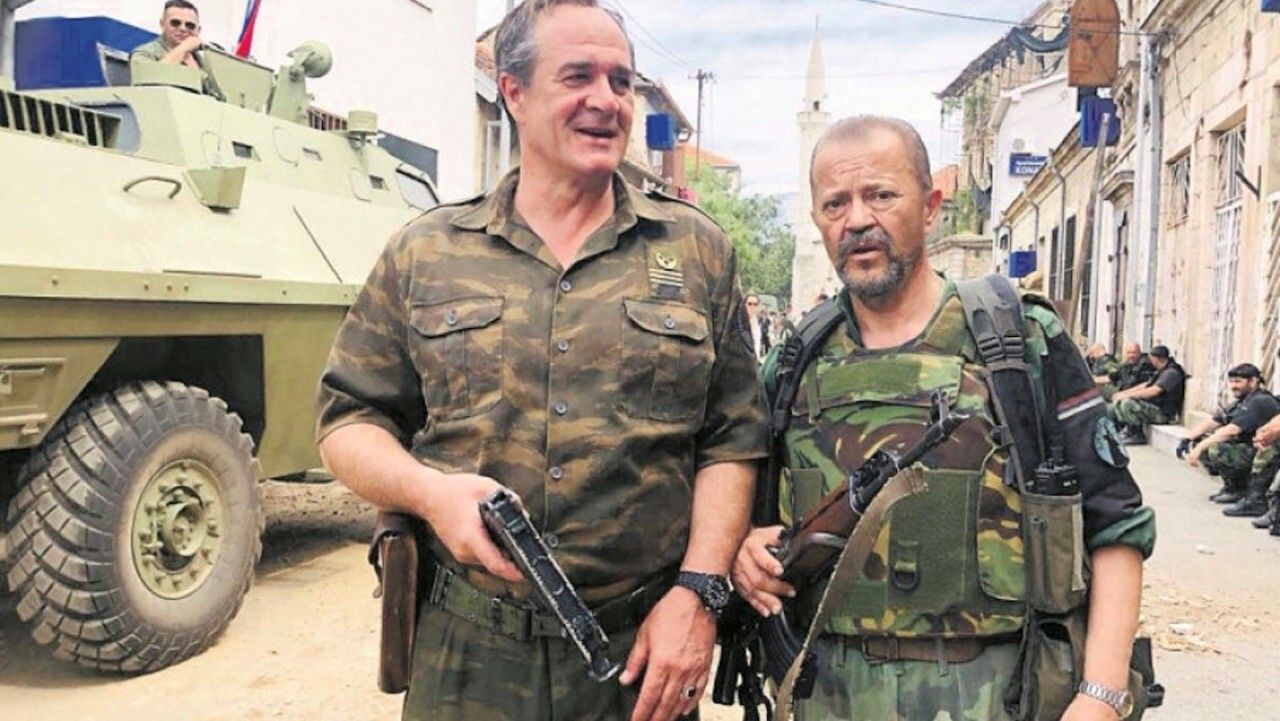 For Sight & Sound online and in the March 2021 issue of the magazine, some words on Quo Vadis Aida?, a fiction film with a ground-level perspective on the 1995 Srebrenica genocide which after all was the perspective of most of the people caught up in it.

Films about human evil often hesitate to actually look that evil in the eye, and the ones dealing with wickedness on a grand scale feel obliged to rise up into the stratosphere where art and Extreme Cinema meet—the altitude where the kid in Come and See stands looking out at you, brain dented and a meme before his time. Quo Vadis Aida? doesn’t have the resources or the inclination for that, although the facts of what went on in Bosnia are enough to dent your brain already. The film does have Aida (Jasna Đuričić) looking appalled at the other characters and at you, but a lot of it is occupied by individuals talking to and at and over each other as a warm-up for ignoring each other completely, prejudice in thought as much as deed, plus a cosmically dim view of the UN’s attempts to be useful. Ratko Mladic arrives less like Caligula and more like a regional manager en route to a particularly annoying redundancy consultation, before sending 8,000 people into eternity. A serious film with serious purpose. 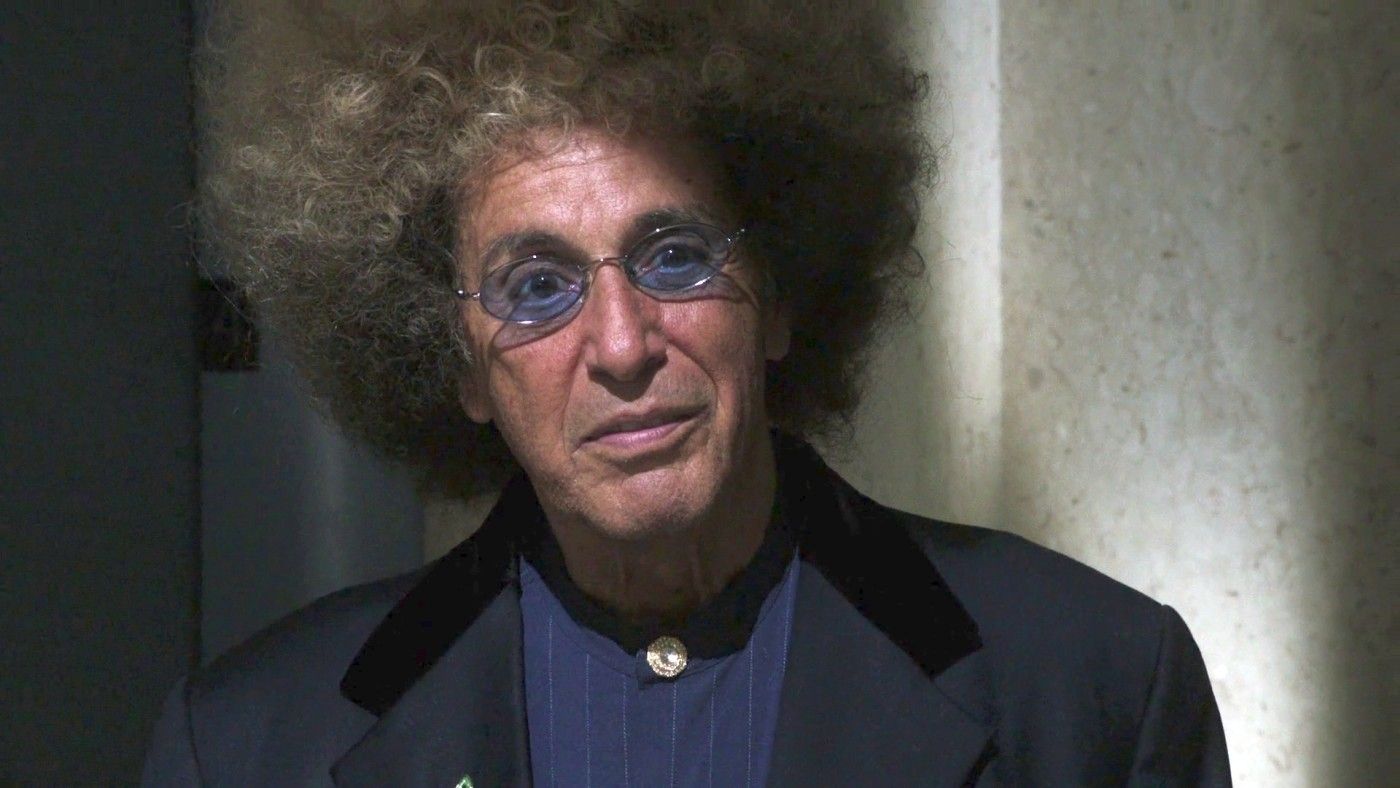 Another convicted killer returned to the source when Phil Spector checked out for Covid-related reasons, which made me want to rewatch David Mamet’s film Phil Spector and see if its wide looping orbit around the facts of Spector’s first murder trial felt any less odd now that he’s just a shade.

This film does look its subject in the eye, but the view is obscured by several layers of safety curtain. On top of the many mannerisms of Al Pacino, which are never going to make me ask for my money back but don’t always bring you closer to the soul of a character doing cartwheels across the screen, there’s the dislocation caused by David Mamet’s shift from leftist to rightist. The film says that freaks don’t get a fair trial in your legal system Mr So-Called Liberal Democracy, a libertarian tenet that the film could probably have built without deliberately fudging so many of the actual facts of a murder case, or indeed the facts of Spector’s domestic life, which are swept out of the way to give Pacino more room to rave. Mamet’s instinct for male persecution, or at least for males perceiving themselves to be persecuted, has made for great drama and at least one key film of the recent Hollywood Left back when Mamet was inclined in that direction, but in the Spector case there’s Lana Clarkson’s dead body in the grave to be acknowledged and the film comes perilously close to waving it away. Considering that it ends before the conclusion of Spector’s first trial, never mind the second, the film does have a great final ten minutes, when Spector emerges in full psycho pomp and Mamet films it so that Spector moves out of the shadows with a deeply ambiguous expression of self-awareness and self-destruction. A figure of cultural folklore having an actual coming out (of the elevator). Followed shortly by his shaken defence lawyer Helen Mirren crossing out her entire game plan on a legal pad with a biro and opting for Plan B, The End. Some truths lurking in there.

I said in 2017 that if people couldn’t bear to listen to songs like River Deep - Mountain High now that Phil Spector was revealed as a monster, then fine, but I wouldn’t be binning the CDs myself since the revealing was less important to me than an existing positive relationship with the stuff. Now Spector is gone there will have to be an accounting for whether erasing the Wall Of Sound from history is worth the cost, which would be easier if there were any real agreement on what the dangers of liking art made by horrible people actually are. In this case, there’s always Ike & Tina’s decision to re-record River Deep - Mountain High in 1973, a second version that’s entirely different and exactly as drastically joyous as the first. If you’re inclined to send Phil Spector off with a jeer, than the sound of him effectively scrubbed from one of the most Phil Spector songs in existence by the Svengali’s former adepts is as good a way as any. As long as you bear in mind how hard Ike was hitting Tina when they got home.

Revere, Mysterious Travelers In 1991 Revere was good news if you wanted 2000AD to look over the Channel at slick painted European things like Métal Hurlant and less great if you