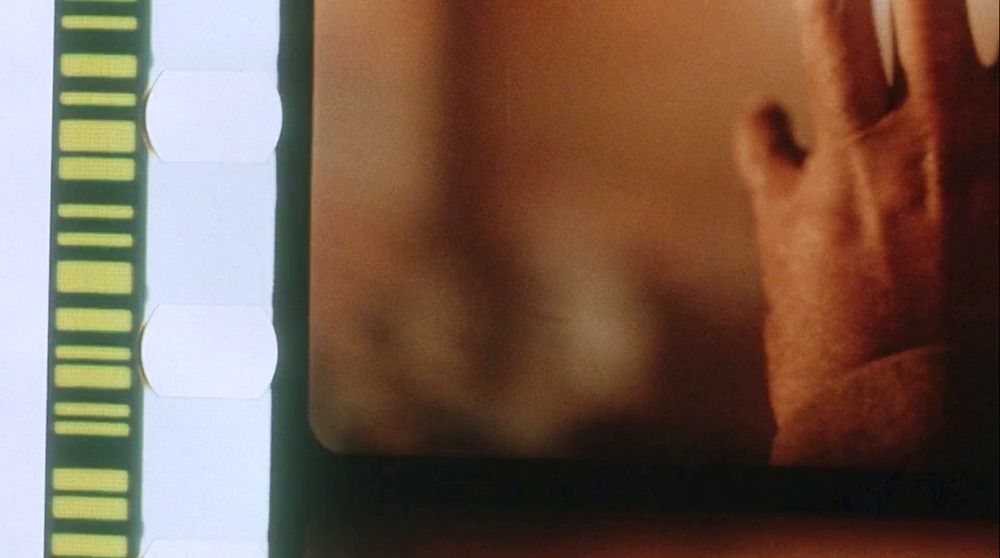 To go with notes on Dust Devil here, bits from Richard Stanley’s production diary via the 2006 US Subversive Cinema DVD set, which is © him and them.

The latest batch of rushes are in and I return to the production office, where once again I am thoroughly entertained, the footage proving to be of a consistently satisfying quality. Derek Trigg, the editor, has set up a Steenbeck in the suite next door and is attempting to move towards an assembly of the scenes already shot, but is having trouble getting his edge-numbering machine to work. The machine has jammed on 666 stubbornly refusing to print any other numbers. Derek’s team are feeling a little spooked by this. They have only been here 48 hours and already they’re getting the creeps.

Later, while I am at the office, the Vixen Sisters turn up to announce that the props department has been broken into and that a key prop, the dark man’s knife carved with the design of the Midgard serpent, has disappeared. Now I start to get the creeps as well.

Today we begin work on Marianne [Sägebrecht]’s final scene in the mortuary set, which has now been re-dressed with glowing murals and lit by hundreds of church candles, the floor dampened down to reflect their glow. The set is intensely humid and Marianne is more than a little nervous.

During the morning there has been another odd incident. While the second unit were shooting pick-up shots with Marianne, the slide bench malfunctioned again on the same line of dialogue as before, the fluorescents beginning to flicker once more as if on cue. I try to reassure Marianne that our work today will be a kind of exorcism, laying the demons raised by the previous shoot, and have cause to reflect on how the film-maker seems to have taken on the same cultural role in this century as the shaman in times of old. The West has displaced its unconscious mind into the media and now we are called upon to act as dream doctors for the masses.

Kierie in hand, I glide through the afternoon, the shoot presenting few problems.

I join the crew on the set of the Star of Bethany drive-in theatre that Joseph has constructed in the shadow of Spitkop’s crags. The drive-in is a recreation of a real theatre in the Keetmanshoop area, its purpose in the film being in part to illustrate the contamination of the witch doctors cosmology by western B-movie imagery.

By putting an equal weight on mythology and pop culture, I hope to draw attention to the complex iconographic roots of the man-with-no-name figure and the magical possibilities of film itself. The witch doctor’s role as drive-in projectionist helps illustrate the complicated idea behind the dark man’s murders, the gnostic belief that life only exists as a result of a war between light and dark, between spirit and matter.

The dark man, like us, is trapped in material incarnation and yearns to escape the linear continuity of time like a character in a film who plots to escape from the scene itself.

Dust Devil and Richard Stanley Written for The Film Talk: If the trick to being a good troublemaker is to lob your brick and promptly vanish, then Richard Stanley fits the