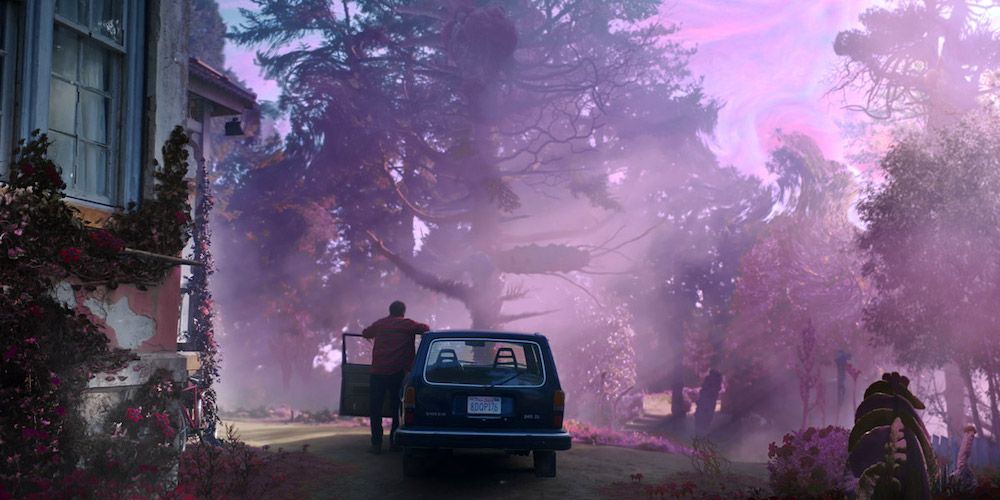 It all began, old Ammi said, with the meteorite. Before that time there had been no wild legends at all since the witch trials, and even then these western woods were not feared half so much as the small island in the Miskatonic where the devil held court beside a curious stone altar older than the Indians. These were not haunted woods, and their fantastic dusk was never terrible till the strange days. Then there had come that white noontide cloud, that string of explosions in the air, and that pillar of smoke from the valley far in the wood. And by night all Arkham had heard of the great rock that fell out of the sky and bedded itself in the ground beside the well at the Nahum Gardner place.

For Antonin Gadal, the Grail was a stone that had fallen from the moon, from the sky. The ancients called it lapis excoris, which was essentially a kind of meteorite, and this area of the Arierge is very rich in meteorites. There is something quite extraordinary about these meteorites in that they consist of a form of hematite, lapis extraordinaire, a mineral from outer space that is extremely pure iron, up to 99.99 percent pure. It is an absolutely pure mineral that doesn’t rust. It is very smooth, very beautiful, and it’s certain that since prehistory, these stones, fallen from the sky, have possessed a genuinely mysterious property in that if you take two of these stones and rub one stone against the other, drops of blood fall from them.

The cup itself is still in the hands of an organisation in the south of France and was on public display in Tarascon until just over 10 years ago. Sadly, there are no images of it in the current cut. However, I can tell you firsthand that it does indeed bleed.

Richard Stanley has emerged from the undergrowth and made a film of The Color Out of Space, and the only thing more intriguing than that is to wonder exactly how much publicity he’s going to do for it in the long run. Stanley is an authentic esotericist, a great explicator of his own work while also seeming like he might be having you on, and one of our own high-powered fringe-dwellers. After a documentary in which the Holy Grail is explicitly invoked as a meteorite, what better material than The Color Out of Space, the arrival of a chunk of The Great Outside vertically downwards very quickly.

More on this blog about Richard Stanley and Dust Devil here and also here.

(The Colour Out of Space stars Nicolas Cage who was in Mandy which was absolutely diabolical. The differences between the Richard Stanley of old and Panos Cosmatos of today are illuminating about a few aspects of the current genre factory, and I guess we’re about to receive an update on the situation one way or the other.)