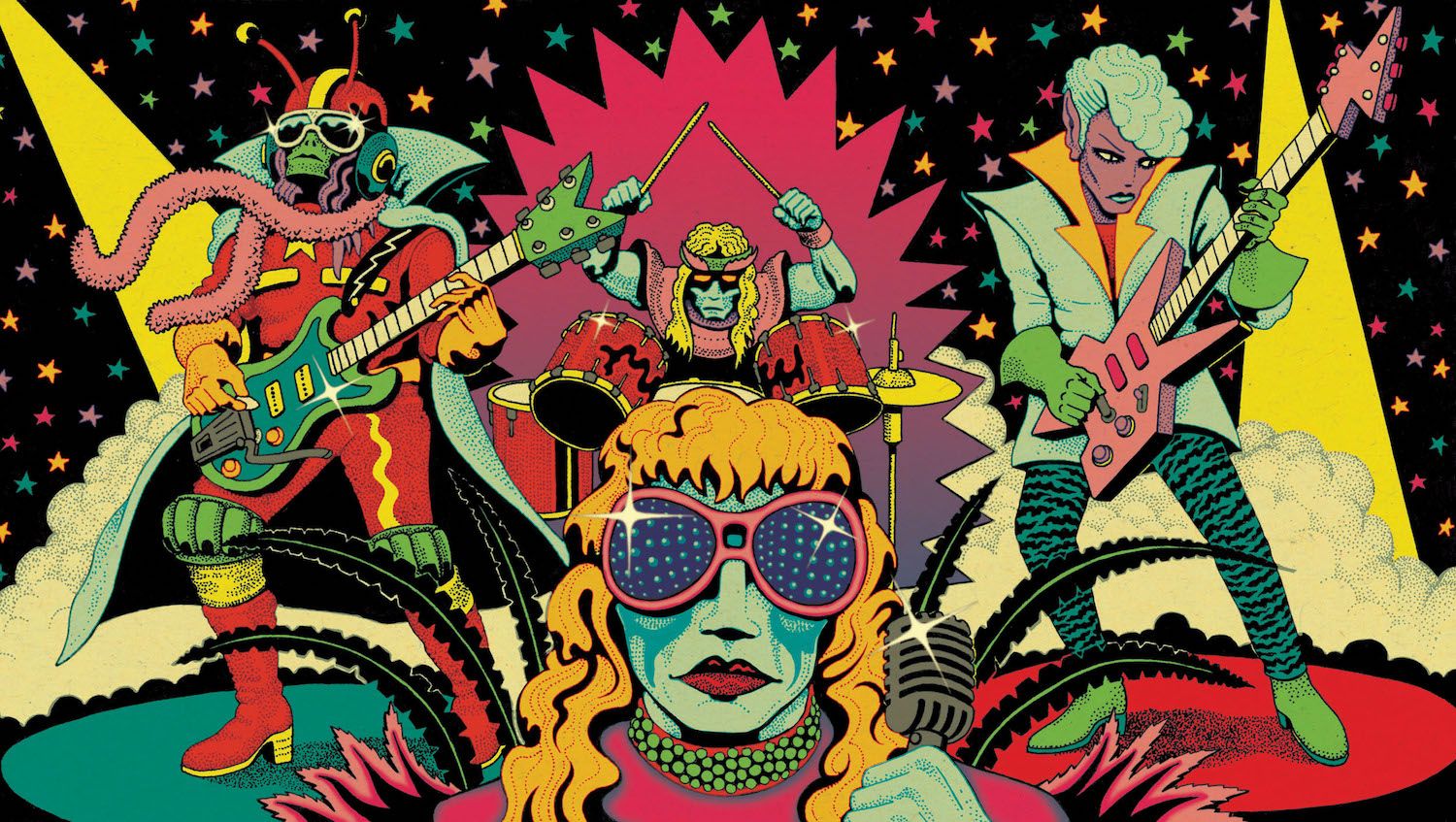 Will Sweeney’s latest self-published retrospective art book Grok, reviewed by me for The Comics Journal.

There’s some anti-establishment aggro in Sweeney’s art, behind the simmering colour blocks and those techno-wizards on loan from somewhere adjacent to Jack Kirby, although the revolution might be a slow-burner. Wage slaves do shuffle miserably towards the office under armed guard, colonists blithely pollute other people’s rivers and icons receive epic state funerals at a snail’s pace. But the main political movement would be the Bring A Bottle Party, judging by the plates of wormy foodstuffs served up in restaurants to vaguely pompous first-class diners. The occasional blasts of hedonism are mostly things like those glam rock gods, blissed-out retro hipsters bringing you the hits of some previous recession.

Urgency isn’t really Sweeney’s thing. Next to the panel-busting eccentricities of Sweeney-fan Tetsunori Tawaraya, whose art is as interested in the animal as the vegetable, Sweeney is the calm reporter at hot events, as the old Stuart Davis quote goes. One of those characters turns up in Grok’s climactic image, observing something that’s either a pagan rite or the local Lady Gaga support act, and looking all set to sell the snaps to the Daily Mail.

Nocturnal, Lynn + Lucy In the October Sight & Sound magazine some words about Nocturnal, a small-scale British working-class film of fatherly anguish. That period when the

The Old Guard, 6 Underground, S Craig Zahler Film criticism might once have had to be dragooned into doing PR for Netflix but these days it’s obliged to volunteer, so it gave The Old Guard a