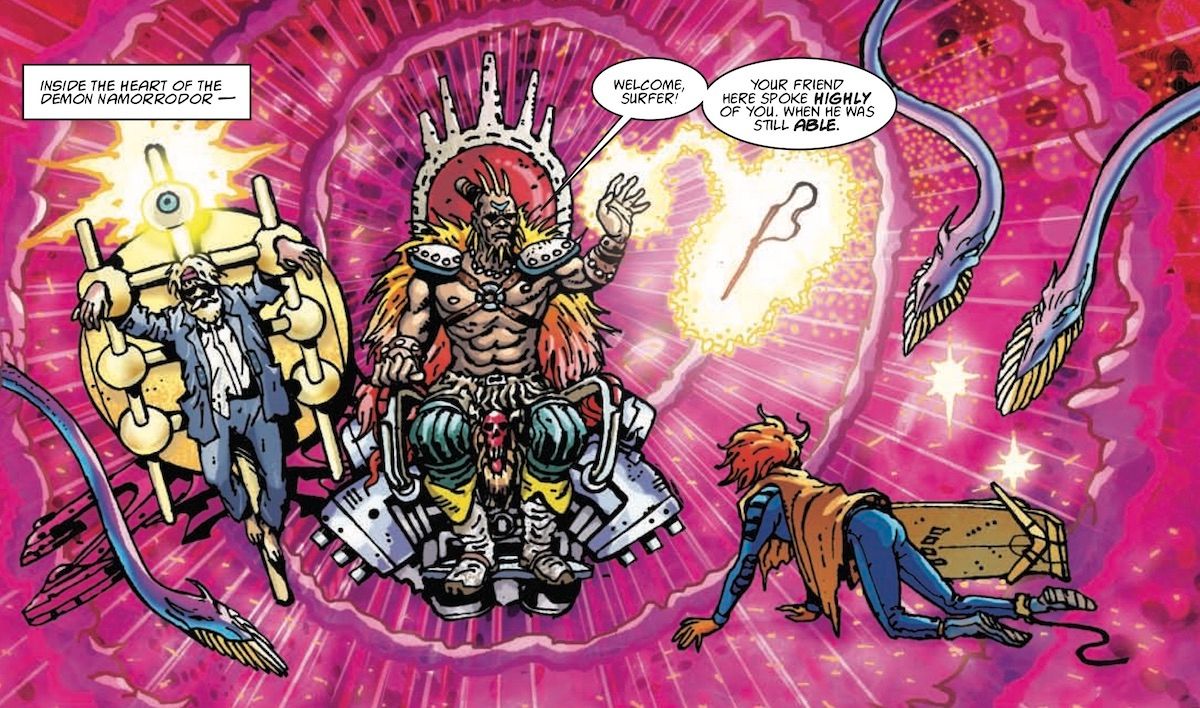 Dark Horse recently put out a chunky archive of comics drawn by Brendan McCarthy and written by Pete Milligan, which made a lot of current British comics art look like it was playing things very safely. All the rumbling vibrations of pop-art and esoterica and colour theory that show up in McCarthy’s style have their origins in plain sight in outsider art and elsewhere, but in his case the end result seems to push on into territory bearing no one’s name but his own. As with the titanic book collecting Shaky Kane’s Deadline work of similar vintage, it’s hard to see how the current cultural moment could handle a similar amount of tension in this particular art form without the comics business straining at the seams.

Rebellion has published a book of McCarthy’s recent Judge Dredd stories including Chopper: Wandering Spirit, a collision between nasty future-tech and some animist spirits of a much older past—a clash that suits the thread of anthropology in McCarthy’s art. There’s also more recent Dredd work that doesn’t shake the dust off your bookshelves like the old stuff does, but still shows how the artist’s grasp of colour as a drawing tool—which was always a mighty talent even before the digital world came calling—still hums with a few hundred volts of activity. He’s due back in 2000AD at some point to draw more Zaucer of Zilk, so we’ll see how those comics business seams are doing. I read the new Rebellion book here for Tripwire.

Also at Tripwire: Peter Milligan’s most recent 2000AD strip Counterfeit Girl, which doesn’t and probably couldn’t work at the same temperature as those old stories he did with McCarthy, but does instead show off the spiky cartooning of Rufus Dayglo, with all its own connections back towards the very British underground of Tank Girl. The suggestion that 2000AD still kicks the establishment in the nuts is fairly quaint, but at least Counterfeit Girl has the boots for the job.