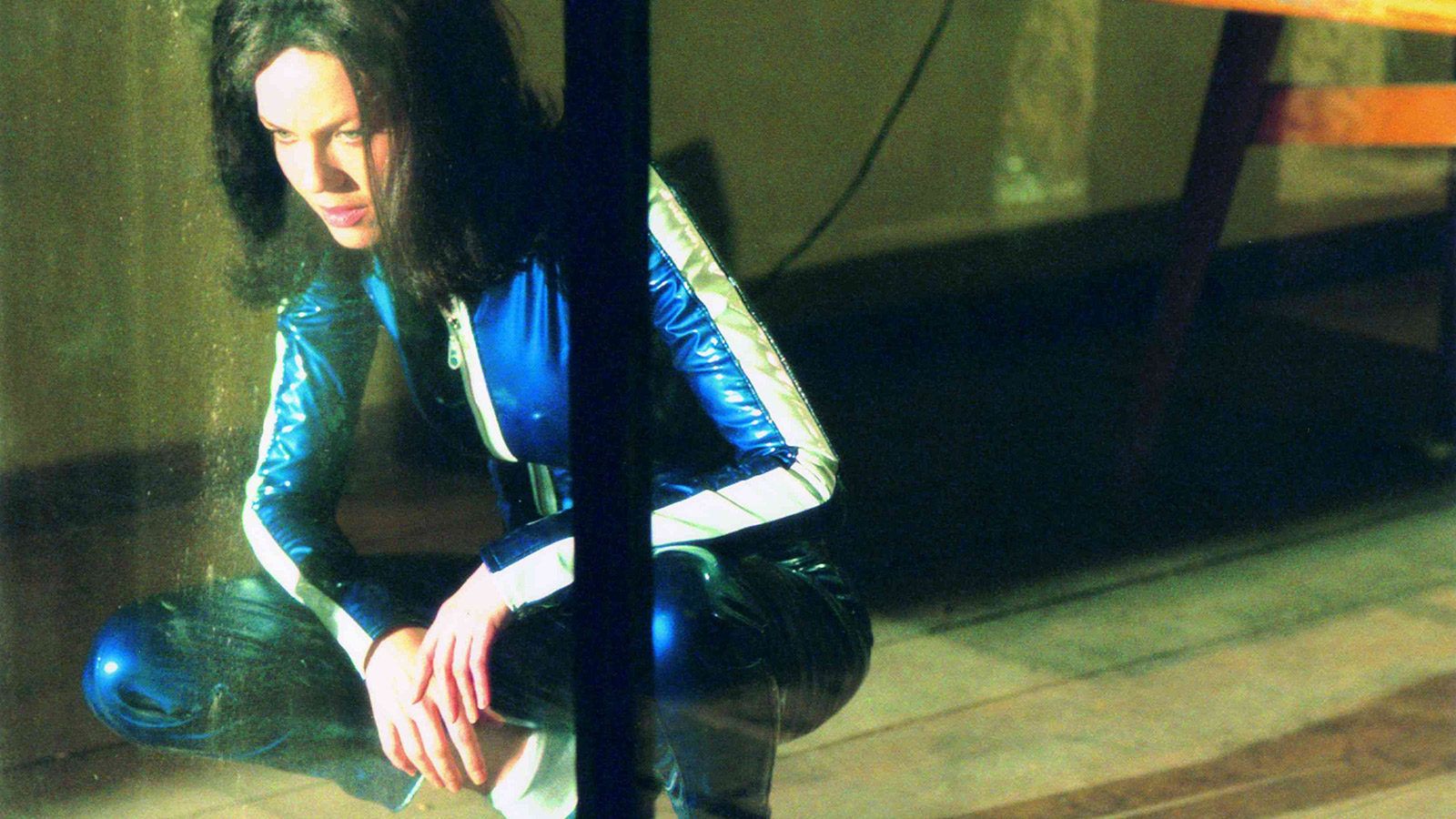 Demonlover glued itself into my personal Top Ten Films on sight, and the only things in Olivier Assayas’s film now showing its seventeen-year vintage are the CGI pneumatic babes in bikinis described as the entertainment wave of the future—which indeed they were, although these primitives look like something from the fossil record. The rest of it makes a lot of other socially conscious left-ish film making, with its dreaded cause and effect and logic, seem too timid to get the job done at a time when the dust of 9/11 was still settling somewhere over the horizon.

So having started as a drama with Connie Nielsen striding around in power-suits and held on as long as possible, Demonlover stops making sense halfway through as a shorthand for all the nasty unreality brewing in every corner of commerce and culture and life. The standard theories are that this makes it the only Assayas film to really show his liking for Videodrome, which is true; and that he never went back to this approach again, which is more dubious. Carlos looks a pretty kindred spirit to me, just dealing with the weirdness of politics and violence rather than money and media. The “Endings” column in June’s Sight & Sound magazine is a piece by me about Demonlover’s final scene, which can’t really be described without writing about the rest of it too.

The same June issue also has me reviewing Holy Lands, a well intentioned film with tidal waves of sentiment, featuring James Caan and many voice-over speeches about old age and paternal anxiety and Israel’s appetite for pork. It decides that tolerance and love might have to coexist with instinctive prejudice, superseding it rather than erasing or reprogramming it; an almost radically humanist thought for a current film, in this case peeping out from under a substantial amount of sugar.

Added in 2020 - The original version of the Demonlover piece was this:

Fake realities will create fake humans, said Philip K Dick, a theory Olivier Assayas’s Demonlover (2002) tests by stepping into the caustically unreal fifth dimension of new media capitalism just as the dot-com bubble bursts, and seeing whether anything recognisably human is likely to be thriving in there. The film’s cruelties and abuses signpost its answer pretty clearly. In Irma Vep (1996) Assayas had looked at artistic integrity under stress in a global media machine, and at what the left might care to do about that; but six years later Demonlover knows how the sausage is really made. Its world is a conveyor belt of commerce and conference calls, and its international deals are nothing but quicksand.

The Hellfire Club is the black hole at Demonlover’s core, and Diane eventually tumbles in via a ferocious fight with Elaine at their luxury hotel—a signal for the film to stage a duplicitous swerve of its own, slipping into a dreamy fugue of uncertainty. Nothing that happens from then until the end of the film is inexplicable, but it’s not quite explained either. Diane’s motivations and loyalties, along with those of her assistant Elise (Chlöe Sevigny) and colleague Hervé (Charles Berling), melt and reform, as the film leaves its neo-noir camouflage behind for something aloof and acidic.

The final destination arrives after a murder and with a needle-scratch of static, a sure sign of transition from Volf’s world of commerce to somewhere else, maybe Demonlover’s land of desire. Diane’s story ends in there, as an option on The Hellfire Club’s menu. Dressed in the fetishy latex costume of an X-Men heroine, she waits for an American teenager to finish his homework so that the online unpleasantness he has ordered can begin. But he seems to have already lost interest, leaving Diane stuck in the limbo of a cam girl before her client arrives, present but inanimate. Exactly how present or animate she was while bought and paid for at Volf is an open question, but stuck now in some purgatory of self-awareness she looks out of a computer monitor at her buyer, and at the consumers of Demonlover, and indeed those of Demonlover further afield. Tokyo Anime’s lawyer calls online media “fantasy characters in a fantasy world,” but Diane looks to be somewhere that’s now not fantastical at all, walled into a corner of the capitalist digital dreamlife along with the rest of us.