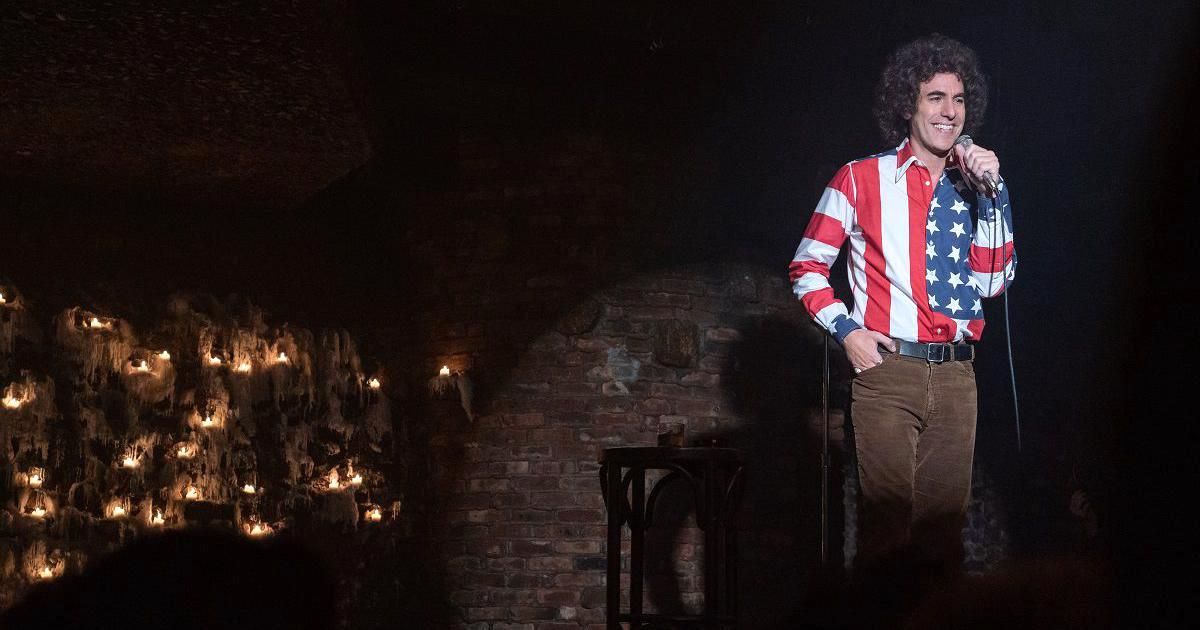 Mutterings about Aaron Sorkin and The Trial of the Chicago 7 suggest it’s the season to fret about the cinema of the Centre again, which would sound more convincing if the complainers addressed themselves to the state of things on the cinematic Left the rest of the time. But when anyone asks what films from the political left should now look like, what forces keep them in check, and where exactly audiences might actually find any, the response is crickets and tumbleweeds.

Not the smallest achievement of The West Wing, by accident, was the way it bridged two eras of US television when TV’s form and content were being overhauled at the source. The later series’ location shoots and high-definition visuals and peer at the American electoral system from a range of six inches look in hindsight like a feature, when at the time they looked a lot like a bug, bodychecking all the russet glow and studio sets and overt social address of the Aaron Sorkin years into the bin with unseemly force. So emphatically was the weather changing courtesy of competition from HBO that no half-way-house was conceivable—you could hardly adjust the agenda like that while keeping the needle-drop music from the AOR playlist. Even in the earlier Sorkin episodes, those added songs were a twinge of concern for at least one progressive watching, whose politics felt like it should be looking forwards rather than backwards and who wasn’t sure what to do with being cemented back into the 1990s by Don Henley sticking his oar in. When Sorkin stuck with the treasured songs while modernising the whole project for The Newsroom, where the intention to stand right at the political Centre was stated out loud, the feeling that this particular habit might put a dent in the progressive agenda interfered with the enjoyment even for Sorkin nuts. Some of us would claim The Newsroom as the more fully realised radical project, actively remaking the world with literal liberal wish fulfilment; the endless wayward criticisms of the show stemmed more from an internal conflict about this among viewers on the Left than from attempts with graphs to prove Sorkin was unable to write female characters. But those songs continued the stubborn theory implanted deep within liberal TV that a musical pat on the head adds depth rather than reduces it. (Battlestar Galactica, while doing great things with Lieutenant Starbuck for one and a half seasons, marked a traumatic catharsis by licensing the “Cavatina” music from The Deer Hunter, just about the most over-explanatory worn-through maudlin musical choice available - at least until the series roped Bob Dylan in later on. Starbuck duly spent the next three years in a sullen funk.)

Aaron Sorkin’s move from writers-medium TV back to to directors-medium cinema has so far not done him any favours as a director, even while returning his writing style to the land it came from, back within sighting distance of the old screwball form, the Sorkin home turf. To state what has always been obvious, the point of the Sorkin style is not that people talk but that two or more people talk to and at and over each other, often from positions on the left and right of an issue, a model for intellectual process (and for how to make progress, you assume Sorkin thinks) not to mention the root of many decent jokes. When The Newsroom’s Don Keefer, tripped up by the divine Sloan Sabbith over an issue concerning buffet waffles, dropped the name of Socrates in connection with their argument, he was pointing to the mighty tradition in which the man putting words in his mouth had planted the show. But when, at the end of The Trial of the Chicago 7, the needle drops on a ballad of pleading uplift called “Hear My Voice,” the effect is just sponge. Sorkin can’t get over wanting to sidle close to the viewer at the end of things, a reflex action as he hands you your hat.

Chicago 7 moves Sorkin from fictionalised history to the real thing, his basic belief in process and progress from the Centre promptly hitting choppy waters when faced with reality and its conspicuous lack of either of those things, even under the camouflage of 1969—or especially under the camouflage of 1969. The courtroom setting brings all the duelling wordplay Sorkin has been entranced by since A Few Good Men, although calling in expatriates like Eddie Redmayne and Sacha Baron Cohen dilutes the screwball echoes. They can’t keep up with the natives, and Michael Keaton shows up for five minutes to indicate how the game is played. He is also the Establishment liberal ally totally banjaxed by conniving political opponents, just to make the masochistic point. Sorkin turns all the political conniving into a light entertainment, probably at the cost of context. Frank Langella is sublime, but him playing Judge Julius Hoffman as a crusty eccentric who might have some woodworm in the gavel can only underestimate the historical hinge by which the loopy buffoon ended up presiding over the case in the first place. You wouldn’t need to have Hoffman screeching from the bench like Roland Freisler in old Berlin to show the rot setting in somewhere behind him in the pipework of the system that put him there, and Sorkin doesn’t give the character any of the potential understanding (not sympathy) that casting Langella would have opened up. In our own historical moment the idea of even a cautious understanding for Julius Hoffman would have brought the Furies on from the left side of the stage, and it’s chewy to wonder whether Sorkin is working within those kind of current proscriptions, or just pretending not to notice them. The real trial transcripts have their own absurdist comedy, but Sorkin is no absurdist, and in any case can’t risk taking the subject lightly. The film wants to set up a heavyweight argument, maybe one of the few that matters, between Abbie Hoffman and Tom Hayden about what exactly the Left should be up to; an entirely valid fight, romantic vs pragmatic. It might have been stronger if one of them had prevailed, but that would have obscured its main interest in just hearing the question spoken out loud.

The question of where the cinema of the Left has gone should be spoken out loud too, so urgent an issue for film criticism that the lack of discussion about it is another urgent question on its own. But there’s no point discussing it without discussing the whole board, also clarifying why the existing systems in the Disney Industrial Complex lean to the Right even when the lead characters are women, and where Centrist dramas might be found. No point, because political change in which everyone becomes fully politicized in the same direction all at once like a population bubble only happens in dreamland. Out in reality, the thing to aim for is just making everyone more aware of their condition, starting with those who reasonably think their everyday lives are already consumingly complicated and that they have enough to deal with. On the off chance that anger wrapped in performative irony is too schizo a potion to get the job done, then rhetorical volleying, a tactic of the Centre just as revolution and inertia are the tactics of Left and Right, might. The sound of actors going back-and-forth discussing why is more valuable than the sound of crickets and tumbleweeds. 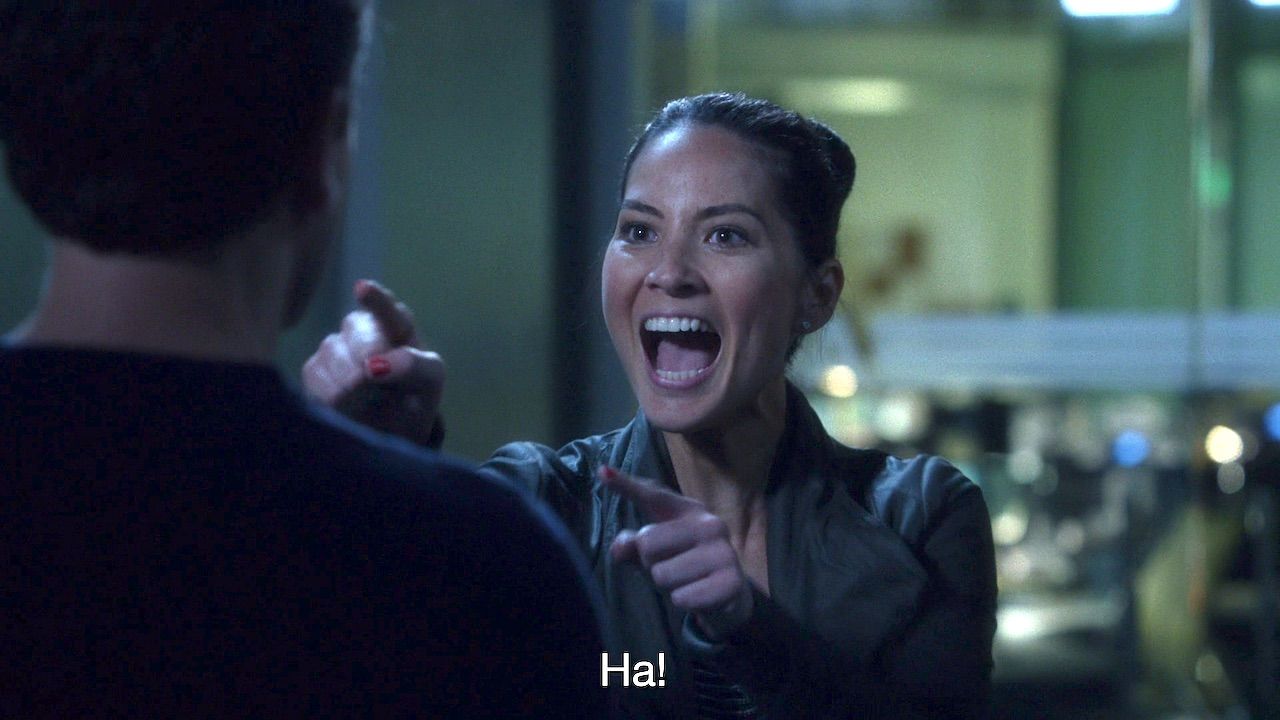 Judge Dredd America, Perramus For Tripwire some words about the latest reissue of Judge Dredd: America, the thirty-year-old story that’s become its own cottage industry; the most