The January/February Sight & Sound magazine includes me reviewing the new remake of Papillon, another film adaptation which ends by showing the creation of its own source book when that actual source does nothing of the kind. On the Road played the same game and The Rum Diary did something similar. Such a modern last-minute worry, that an audience might forget why the film’s title rang a bell in the first place. But also the unshakeable addiction to origin stories, and the panic that a story which doesn’t lay the groundwork for something coming along afterwards might be no story at all. 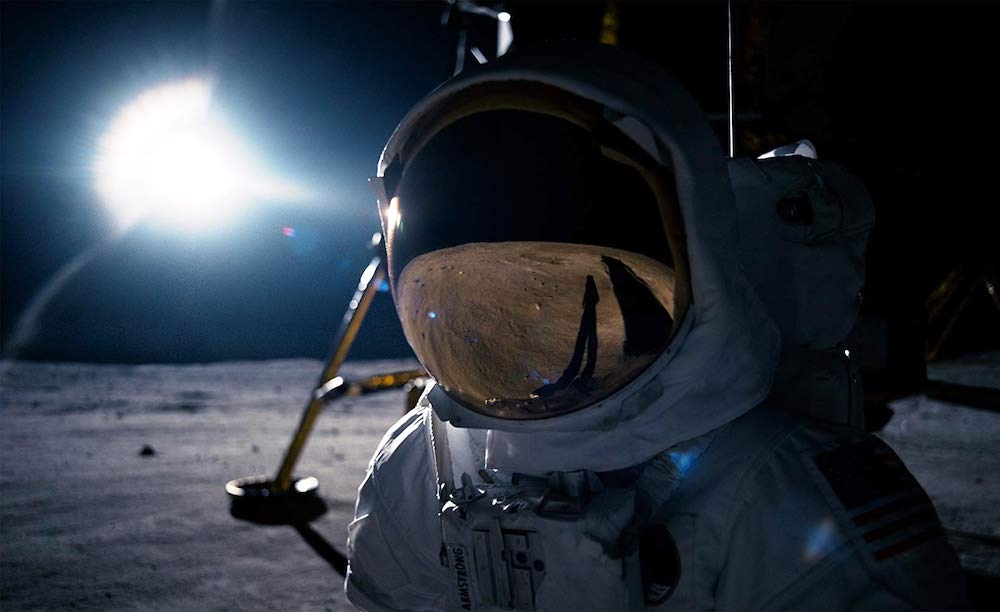 I went into First Man in a mild panic of my own, after scowling for the full length of both Whiplash and La La Land at director Damien Chazelle’s inherently chilly and distant manner. But First Man emphasises actors shuddering and shaking in the interiors of capsules with an apparent lack of digital effects, in sequences like Neil Armstrong’s wild flat spin in Gemini 8 and eventually the moon landing itself with its cascading alarms and resets. Perhaps prodded by the script—writer Josh Singer worked on post-Aaron Sorkin The West Wing after all—even Chazelle doesn’t opt to be chilly for those.

Composer Justin Hurwitz has a lot to do with this, since First Man’s modest score goes emphatically back to basics of theme and variations, with entirely successful results. There’s a melancholy harp melody for the Armstrongs that reminded me of Basil Poledouris and Les Misérables, which evolves into a bouncing arrangement of ticking determination for the Houston sequences with something of Rachael Portman about it, and eventually becomes a lunar descent of rolling triplet relentlessness which isn’t really martial enough to be properly John Barry but does understand Barry’s mechanics—tension through grandeur rather than aggro. There’s also a tiny motif for Karen, the Armstrongs’ deceased child, heard at the tail end of the Armstrong theme almost every time, the memory tugging at her parents which they never leave behind. At the zenith of the entire film and score, when Chazelle finally cuts outside the rumbling capsule for a look at the vast lunar surface and the tiny human craft flown by an introverted husband and father aiming to be the first human to walk on it, and the score hits its grandest emotional fortissimo, it’s the dead daughter’s theme that it plays. Which is one bulletproof answer, the next time anyone wonders what exactly film music is there for.

Total Jazz The only meetings between cartooning and jazz that I used to see were the jokes in Jazz at Ronnie Scott’s, so the French strips by Blutch reprinted