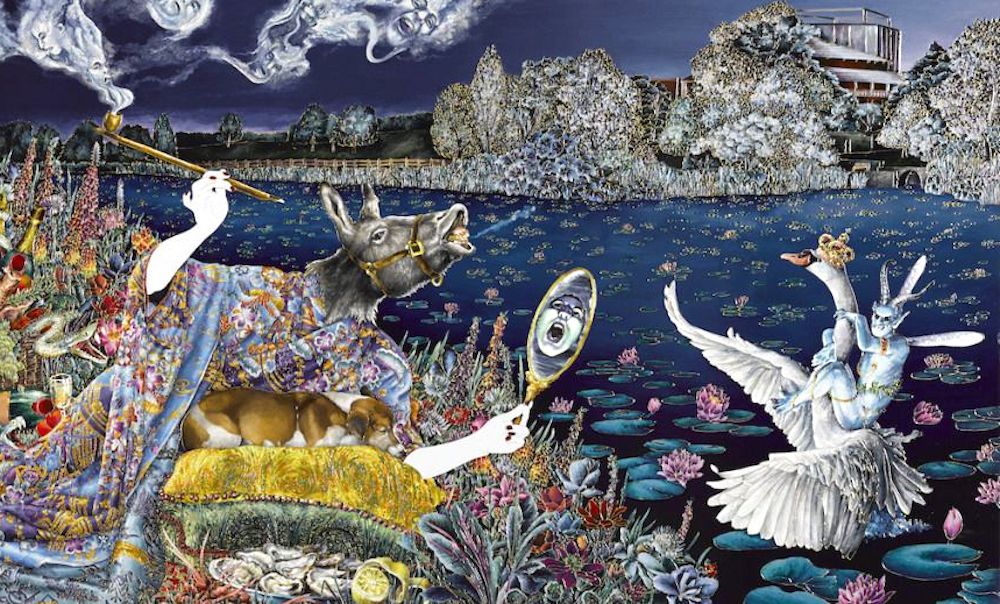 I lost a few hours last summer in the Scottish National Gallery of Modern Art staring at its exhibition of Raqib Shaw, since adjusting to the chromatic overload can take a while. The acres of glinting enamels and jelly bean blips beam a Pop Art impression out into the room, all those hard outlines and primary colours; but most Pop Art doesn’t make you dizzy like some of this stuff does. The art is theatrical and so is its manufacture, involving enamel paints pushed around inside tiny grids of embossed gold with quills and needles; an artisanal fandango that would put Jeff Koons into a coma and kill whichever luckless galley slave he set to the task. The process is not without a camp dimension, and neither is the result.

Shaw’s approach to his inspirations owes something to Pop Art too, since he likes to rework and reinterpret other paintings, the Old Masters tipped into Shaw’s internal machinery and emerging sometimes in recognisable condition, sometimes not. We are deep into a cultural era of pastiche and nostalgia, with art of all kinds treated as just more data to play with; but this is not quite that. There is something tense and resonant lurking in the arc from Albrecht Dürer’s Melencolia I engraving, one of the great facial expressions in art; to Lucas Cranach’s occult An Allegory of Melancholy; to Shaw’s own Allegory of Melancholy (After Lucas Cranach the Elder), with the artist himself now in the picture watching his studio burn down—as Shaw did, probably feeling something a bit more spicy than melancholia. 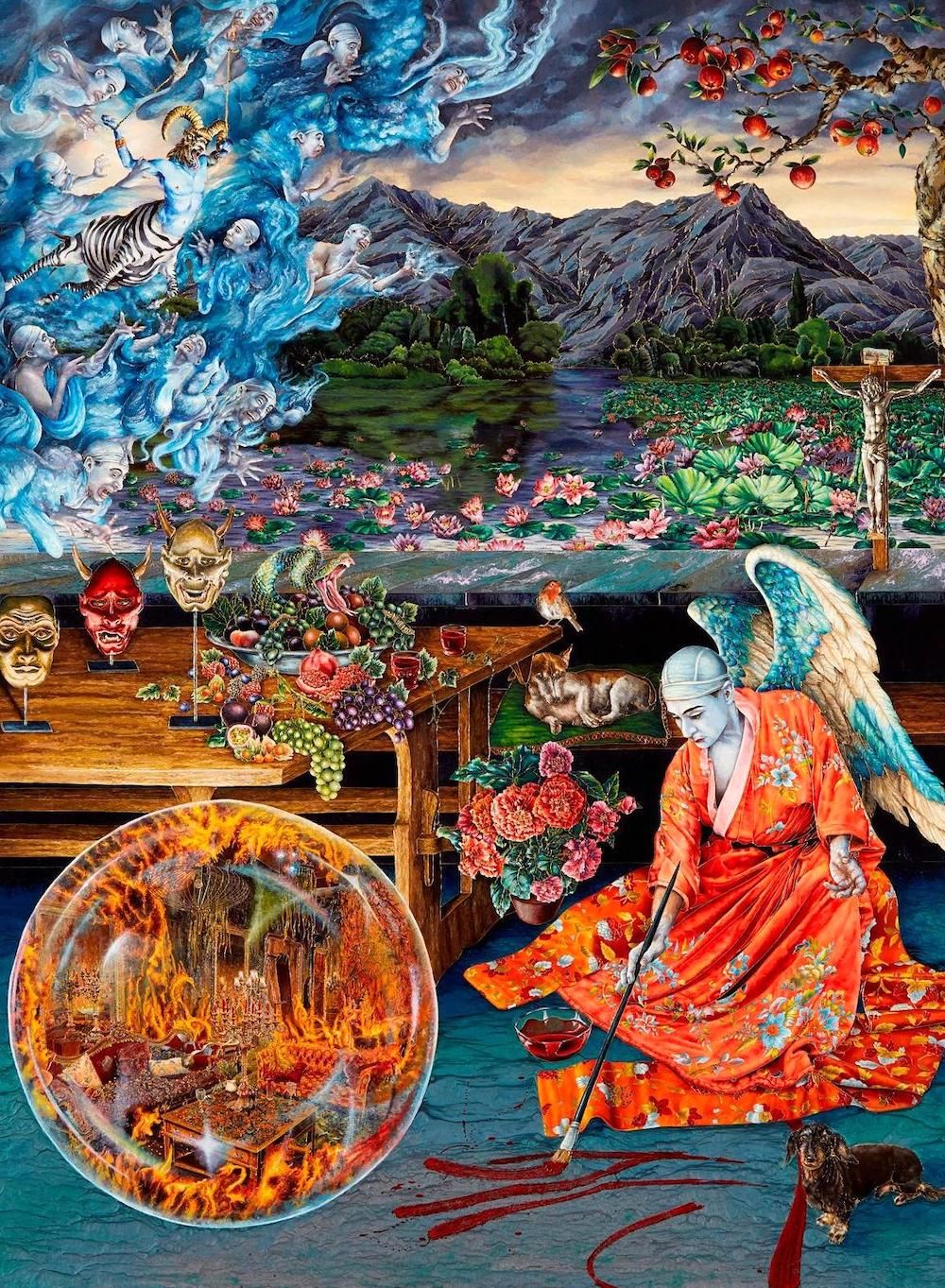 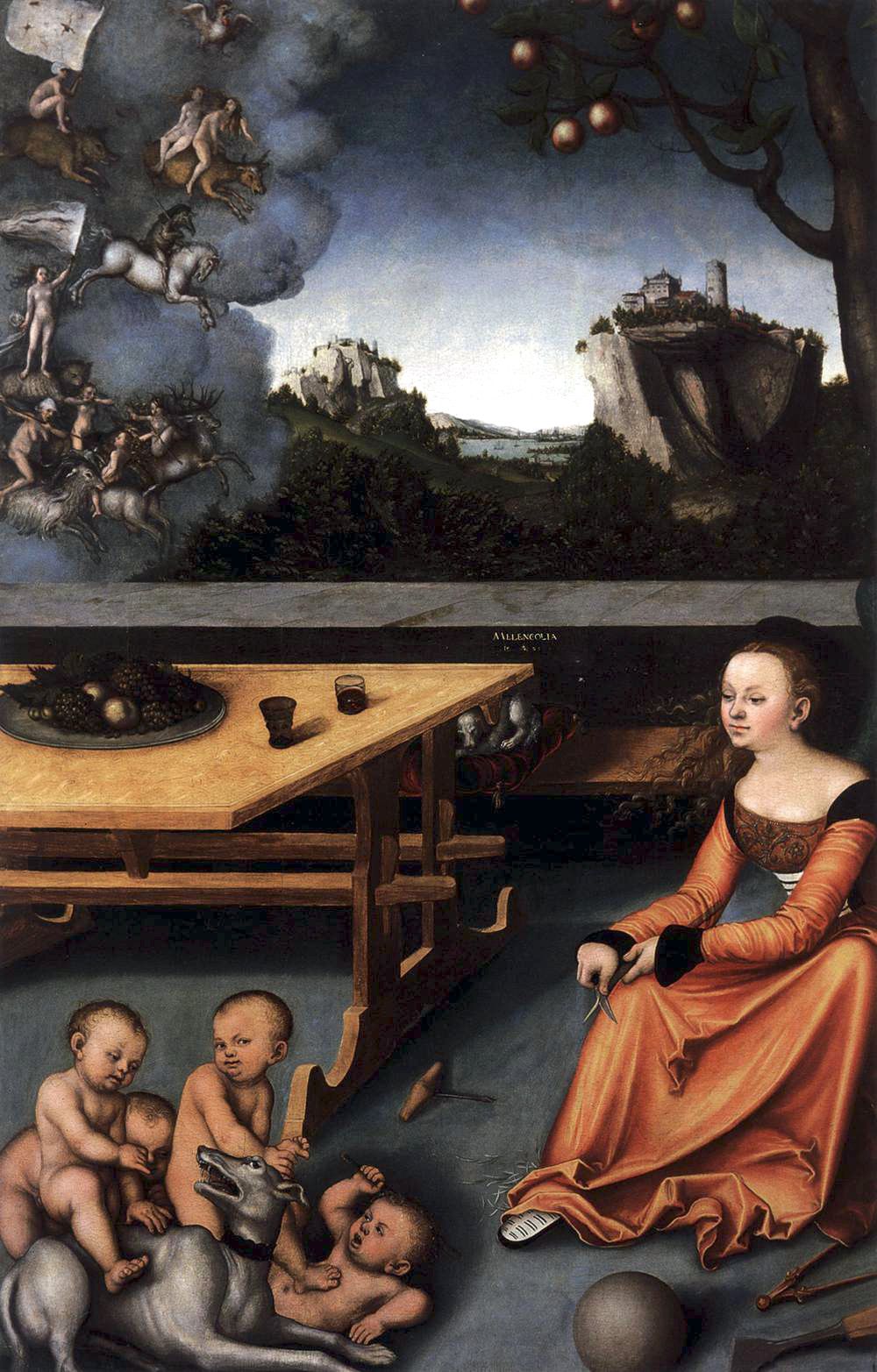