Orders of the MGT 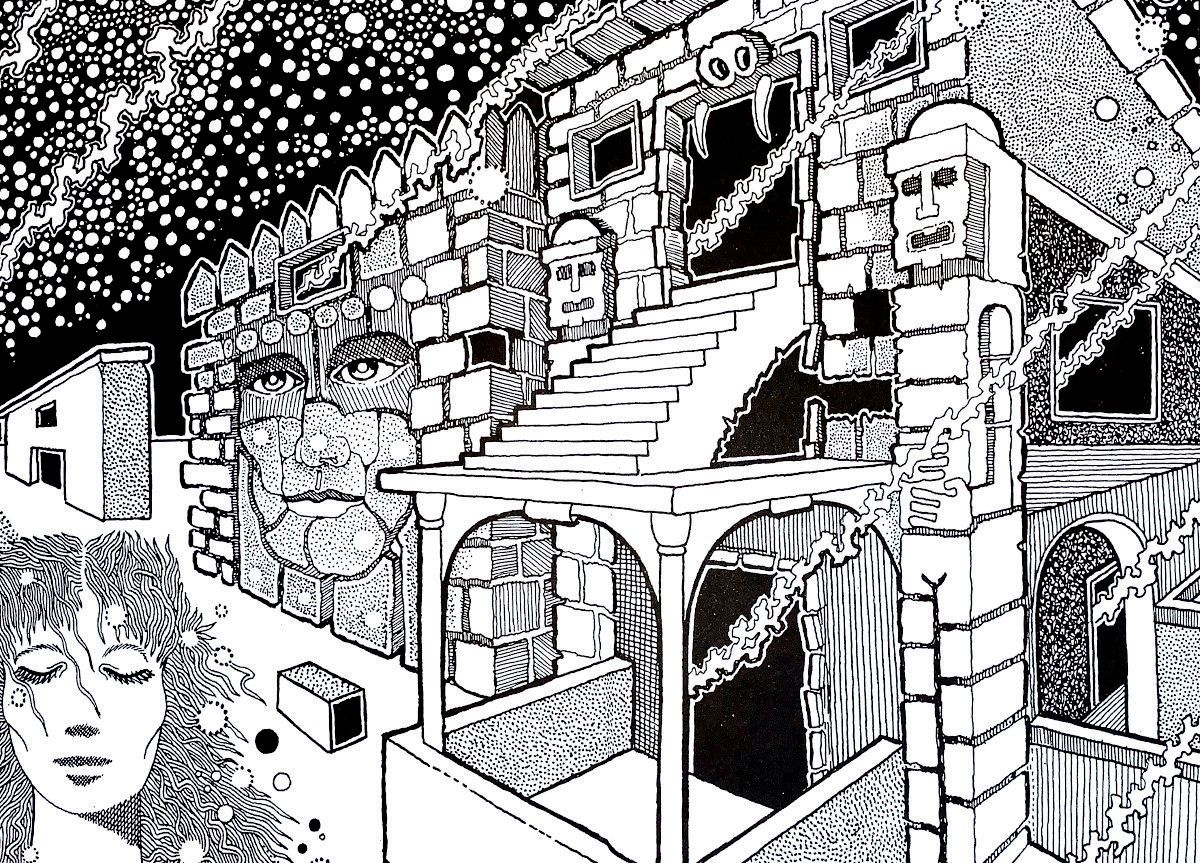 Erik Davis wrote TechGnosis which should be read by all pop-culture critics before they process the nature of pop-culture or anything else.

His new book is High Weirdness, a sympathetic peer into the esoteric visions of Terence McKenna and Robert Anton Wilson and Philip K Dick, which makes a good case for the mind’s free play—psychedelically fomented or not—being the most essential characteristic of modernity, especially the cracked version summoned up by a networked world and now rising around us like the sea level.

One point in both books is the way that modern technology is modern but also shaped by very non-modern (if not downright ancient) tendencies in the human brain-box. The feedback loop through which a libertarian spirit in the 1970s Californian water pushed the internet towards open horizontal networks rather than closed vertical hierarchies, and now it’s the horizontal nature of those networks that makes it hard to corral a whirlpool of signal and feedback mediated by insanely rich capitalists often based in California, is the kind of historical big picture you need a big book to unpick. A coincidence of course that Robert Bly, thinking about why unchecked consumer culture has no place for authority from above or compassion directed below, used the word “horizontal” to describe the flattened and narrowed results—but Davis points out why coincidence isn’t the word for this either. (I first came across Robert Bly in a book about comics by Will Jacobs and the now very cancelled Gerard Jones, which is why the cancellation of artists should be a firm topic of discussion but the erasure of their work needs a good reason for ever getting off the starting blocks.)

Today as memetic noise eats consensus reality and conspiracy thinking is weaponised by parties across the political spectrum, a sort of existential vertigo has opened up beneath our feet. What once felt like “the world” has shattered into an incompatible chaos of contradictory engineered and disturbing reality tunnels. Ontological anarchism increasingly seems like a pragmatic response, weird realism that strangely keeps you on your toes. For while [Robert Anton] Wilson’s model of agnosticism may not hand us any guiding narratives, it does provide the ballast of taking responsibility for our perspectives.

I read Illuminatus at age 15 which wasn’t all that long after it was published, and even once my head was screwed back on I figured it was more about the past than any future. Now Wilson and Robert Shea’s overload of conspiracy theory and warped occultism and druggy dérive reads differently, and since the text hasn’t changed it’s probably me. I can see why some people give the book a wide berth, but history has caught up with it. Its playfulness with truth and lies may be the most valuable quality, not least since it now carries the context of Wilson himself tripping into the deep end of Chapel Perilous and managing to get out again. It says that responsibility for keeping your bearings these days falls only to you, so you had better work out a method and get on with it.

If we are to embrace the reality of climate change and if we are to reckon with all the nonhumans—biological or otherwise—whose destinies are now tied to ours then we have to seek and demand an encounter with a Real beyond the symbolic frameworks of consciousness and culture, beyond the tidal surge of electronic reports, narcissistic loops, and memetic brainwash. Creatively worked, and suitably expanded, the human imagination can serve as an interface to entities and realities that elude the normal nets of rationality, language, and cultural symbols.

Imagination can save us, a weird and wonderful notion.