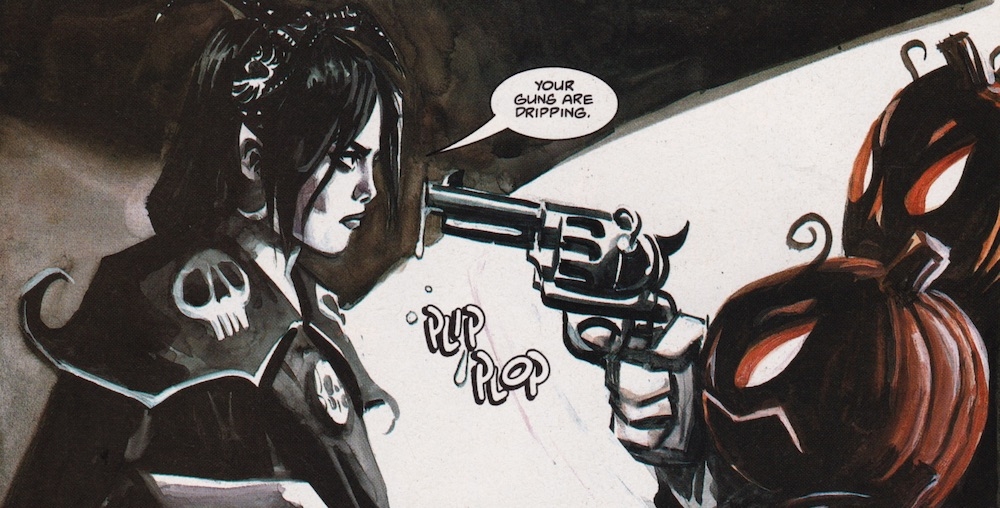 I was late to Dan Brereton’s comics, thinking that his Nocturnals series two decades ago was a straightforward horror comic. In fact it was Charles Addams plus HP Lovecraft plus Sergio Leone; and Brereton has throttled back on the actual horror ever since anyway, sending his sympathetic monsters into stories that now are not all that far from YA fables of parental love and childhood loss. But the art is the thing, Brereton’s swirling Fauvist painting that never looked straightforward in the first place. Just when Alex Ross’s version of Norman Rockwell sentiment and a Batman who looked like an oils portrait of Gregory Peck was spoken of as a great leap forward, Brereton struck out into a malleable, soft world of livid pigments, where the Bat signal was a splodge of cream-coloured paint with the brushstrokes showing.

The January cover-date issue of Comic Scene magazine is a Halloween and horror issue, and there’s a piece in there by me about Nocturnals, and why Brereton’s art is in the strong tradition of American macabre. I covered some of this ground last year for Tripwire too, after seeing how Brereton’s art has evolved over the last couple of decades.