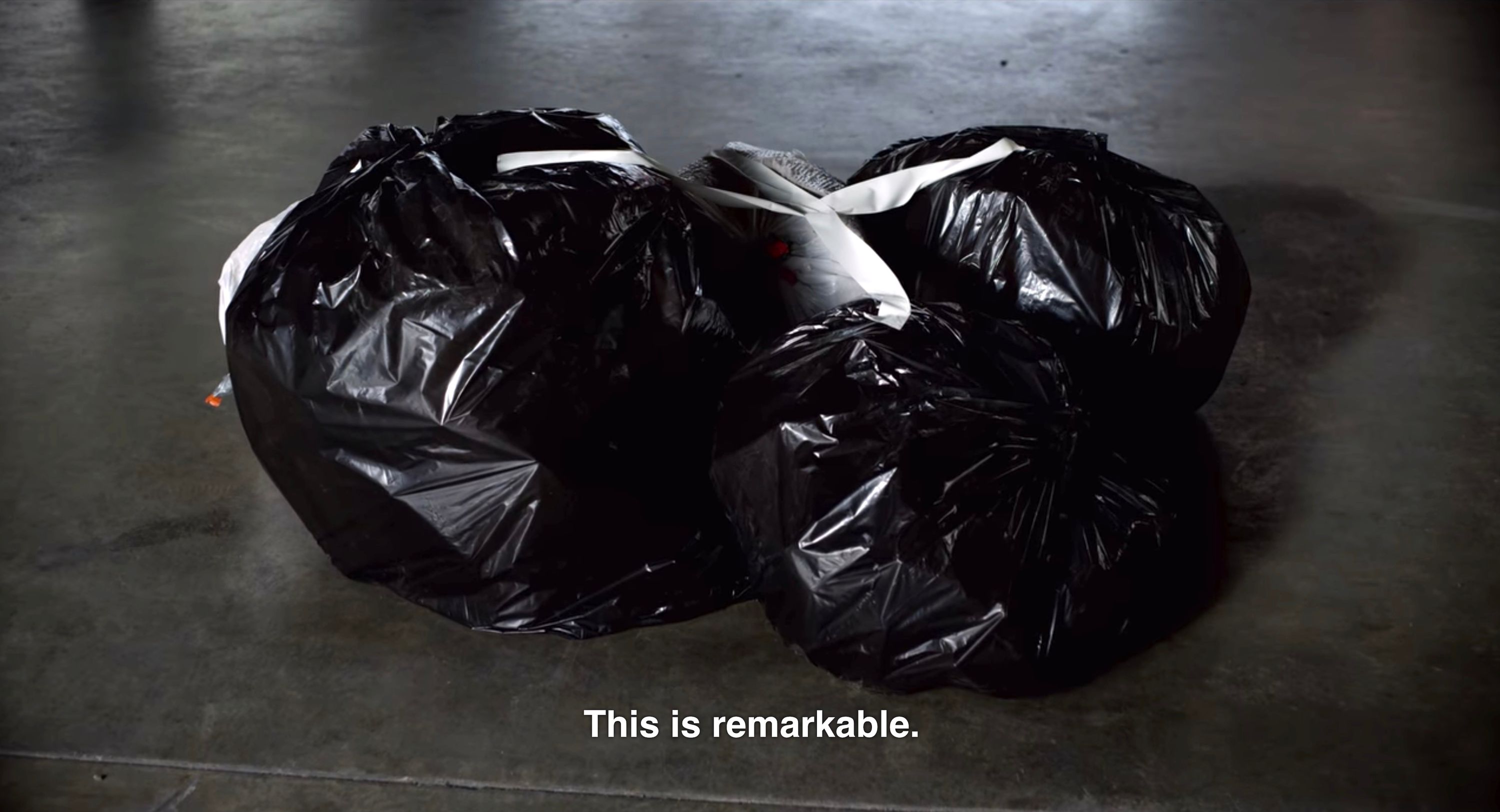 I started to watch Velvet Buzzsaw thinking of Tony Gilroy as the man who co-wrote The Fall, a sublime film about storytelling from which I emerged in a daze; by the end I remembered that he had a hand in Freejack, where Amanda Plummer is a sweary nun who kicks a man in the rosaries and I nearly had to be escorted out of the cinema for laughing. I laughed at Velvet Buzzsaw too, once I realised Jake Gyllenhaal’s art critic really was called Morf Vandewalt and had a sticky end ahead of him; but mockery of the art business and the kind of critic wedged up its fundament doesn’t require much more finesse than Ms. Plummer’s boot. A walking pile of art biz pomposity whose trousers stop two inches above his shoes mistakenly praises John Malkovitch’s bin bags as the next big thing, just in case the message had not got through. And since Gilroy invents a murderous conceptual art piece called Hoboman, which without the subtitles might as well be Hoberman, you assume he’s not thinking only about the art world.

The plot is just a list of vast coincidences in sequential order, but any horror film about the art market which nods towards Dario Argento’s The Stendhal Syndrome, a movie whose global fanbase could meet in my kitchen, knows the score. It knows to shove the trade’s necrophilia—“the dogma of the Perpetual Resurrection of the Dead” said Robert Hughes—out from the background and into the Los Angeles sunlight. I very much wanted to hear Hughes pile into the haunted artworks apparently cluttering up the city’s gallery space (“No doubt the very dead Mr. Vetril Dease still couldn’t carve his name on a tree,” or similar), but the film has enough shots of LA itself to suggest Gilroy’s real topic might be that city and the fumes of fame and money that it breathes. There’s one bonkers aerial shot so digitally fabricated and crisp it looks like a model village complete with tiny aeroplane.

The whole thing might in fact be a country mouse’s big city odyssey through a Hell-Ay where the main responsibility of the artist is to sow disaster. Natalia Dyer’s gallery assistant Coco, an overworked naif exploited by everyone, only exists in the plot to stumble across dead colleagues and be traumatised. Having haplessly discovered one character hanged in his own installation and after that another who bled to death in two separate pieces and then a bit later a third with his neck snapped, she reasonably enough calls a cab for the airport.

Fran of the Floods, Caballistics Inc The electricity went off forever. In Pat Mills’s book about his writing career he calls Alan Davidson, who wrote this panel and the rest of the 1976