For the November Sight & Sound magazine I watched Sink, a British drama about working class men that could fit onto Wednesday night ITV without scraping the sides—so pointing out that it’s not exactly I, Daniel Blake seems unnecessary. It also fits into a department of working class dramas whose political slant is not so much leftist as just left-ish. A while ago I saw Between Two Worlds, in which mouthy young men of a post-Blair generation couldn’t wait to put Britain’s centre-left period behind them and emigrate to Hollywood; and now Sink’s beleaguered middle-aged job-seeker played by Martin Herdman is out of tune with his father’s socialism and makes peace with breaking the law in order to treat himself to a nice coffee maker. As it happens Herdman is effortlessly empathetic, while the lads in Between Two Worlds were so insufferable you would have mailed them to Los Angeles in a crate yourself, but both films are most likely invisible to anyone looking to claim working class cinema exclusively for one precise spot further left on the spectrum. Both films might well be invisible to any real audience too, but that’s a different issue. 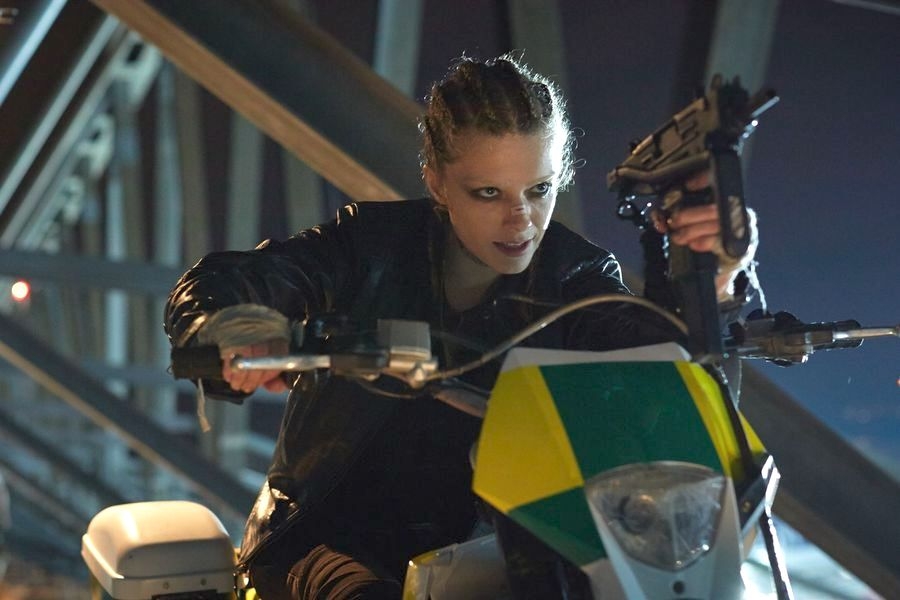 There might be greater working class passion on screen in Final Score, in which West Ham United fans are so invested in a cup-tie that they don’t notice Die Hard taking place around them. Ten minutes into Final Score the camera pans around the boisterous fans in the stands at the old Boleyn Ground and picks out five terrorists about to take them all hostage sat in a line stony faced and stationary, and the music pounds and the supporters are all jumping and the heavies are all immobile and the fans are all smiling and the goons are all frowning and I missed the next few minutes as I was laughing too hard.

The conveyor belt producing easy-listening action pantos where men with foreign accents are set on fire or tipped into deep-fat fryers and American stars come to London so that they can blow half of it up may never stop—not unless people start looking askance at the violence anyway, and why would anyone start now? I like Dave Bautista, although he looks about as comfortable on London soil as John Wayne did in Brannigan, and I like Ray Stevenson, who can leverage his 0.005 percent of Thor into whatever he wants; but the cobalt sheen and close cinematography and clownish characters of the average jovially jingoistic action film are not exciting any more, and certainly not subversive, just mildly diverting. And to not at least ponder the violence amounts to not watching the thing. You would probably need to start by pondering the violence on television generally, the medium for which Final Score was made and where Spooks tipped Lisa Faulkner into a deep-fat fryer of her own on BBC One all the way back in 2002. The sixteen years since then don’t seem to have clarified what the cultural effect or affect of this stuff really is, beyond showing that ultra-violence has lost whatever disreputable seediness the exploitation sector once relished. Now it’s so reputable that a film can slip an easter egg from the Marvel Cinematic Universe in between maimings.

On the other side of the coin there’s Mile 22, an action film with a straighter face and faith that sweaty fast-cut wobbling-camera colour-desaturated cinema produces intensity and intrigue, rather than, say, a headache. I’ve had a soft spot for Peter Berg the actor ever since Linda Fiorentino made mincemeat of him in The Last Seduction, but as a director his Michael Mann-ish tendencies seem to have been scuttled once and for all by Battleship. Now he’s a trusted purveyor of Mark Wahlberg punch-ups and their conflicted unenthusiastic machismo. The plot has the CIA acting psychotic and out of control, which is a given in this neck of the woods, but even without making any sense the film has an intensity that smaller screens are not yet confident about copying. Possibly because it just might not be worth it any more.

Adaptations Mention of some science stories I had a hand in recently: Taking a bad picture of someone’s retina isn’t difficult, but taking a sharp one at