Goddess of too much 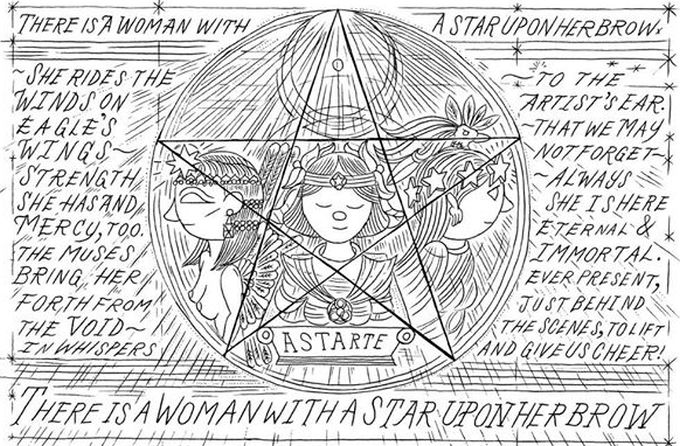 When the August Sight & Sound magazine arrives it will include me on Pirates Of The Caribbean: Salazar’s Revenge, which has all the woes of the modern digital idyll and the trans-national franchise on the skids. “In the deep ironic oceans of the mainstream, the more that digital entertainments try to do all the reacting for you, the more conformist they all become.”

The Greek god of scheduling placed Pirates, in which a proto-feminist briefly cooks up her own agency before settling for all the norms, adjacent to Wonder Woman, a character outfitted at birth by her creator to give conformity a kick in the ἀσπίδες. More power to all moved by Wonder Woman, especially those moved to exercise that power when normally denied it, but beware the cultural-industrial complex bearing gifts. A shift in a genre film’s content is one thing; it will be changes to form that prove the ground is actually moving. And Wonder Woman‘s form seems almost as conspicuously straitjacketing as before, especially during a creaking climax that gives up any intent at radicalism and just waits for the usual high-five from a weary spectator. If there really is an opening for diversity of intention and input in this neck of the woods, then there’s also a potential calling for critics up for grabs: the one in which we finally patrol the border between technique and essence in the art that emerges, and put the screws on it with something more effective than blank verse.

It’s more than 20 years since Scott Bukatman pointed out that female comics characters were becoming more free by the minute — free to be as Nautilused and armoured as all the men. He thought that the muscles of Image Comics female heroes were part of the body-building culture lurking behind superheroes in general, but in modern films it’s always the myth of redemptive violence that’s exerting the magnetic pull. When Wonder Woman strides into the no man’s lands of World War I, she hasn’t had to bounce back from the kind of unmanning castration scenarios that a male’s journey would have involved by that point — no Mel Gibson martyr she — and Gal Gadot’s frown of determination is so sweetly guileless that it’s probably one reason she was cast. But how different exactly would the sound and vision at that point be if she were male, armed to the teeth and taking out the trash? The electric cello lick that Hans Zimmer and Tina Guo created for Wonder Woman in Batman v Superman makes my fillings hurt — at best a motif, at worst an example of film music no longer even attempting to do the things it used to do — but when applied to punch-ups in the middle of World War I, content has mugged form and tipped it into a dumpster.

It’s no accident that Connie Nielsen, even weighted down by wig and dead animal, and Robin Wright, trapezius muscles bare and tensing, are treated to some decent stabs at characterisation, while Elena Anaya’s scarred brittle evil genius gets nothing at all. Any hint of thematic interest in her destroyed femininity, in her encased body versus the Amazons letting it all hang out, would have gone a long way to bolster the film’s ambitions; but redemptive violence prefers its villainy to be rote, so Dr Poison’s is no more colourful than that of her male ally played by Danny Huston, tripping balls on mystic nitrous.

Above all, and just as in Pirates, some stubborn conservatism reveals itself in characters stuck with a crisis of identity rather than a crisis of principle. Wonder Woman loses the original version’s role as a proselytising ambassador for female authority, and instead gets lumbered with being the latest Chosen One off the production line — the dreariest destiny modern cinema to offer, although one that says a bunch about modern society.

Students of form vs. content had to make do with PowerPoint slides until last year, when Alex Proyas made Gods of Egypt. The critical recoil from Gods of Egypt settles any argument about the way that irony now weighs upon an IP-driven pop-culture like a lead apron. Deliberately engineer the irony away, and everyone loses their bearings. Go even further, go all the way into whimsy and pick Bryan Brown to play the god Osiris and have him practically say G’day, and everyone loses their minds. Élodie Yung sashays through Gods of Egypt with all the agency and self-determination and sexual advocacy that the Nile Delta can hold, as free as the air, and she does so speaking dialogue by the same writers who scripted Dracula Untold and The Last Witch Hunter, words made of meaningless rubble — and that right there is the difference between form and content. No cultural-industrial complex in the world is going to allow Gods of Egypt again for a while, or let Élodie Yung play Wonder Woman, although she was apparently considered. Some considerably different film that might have been. If Yung had been given a musical identity of modernist electrified shredding, it would only be because she charged onto the screen playing it herself before beaning someone with the cello.

(art by Ron Regé, creating a Wonder Woman of a different kind.)