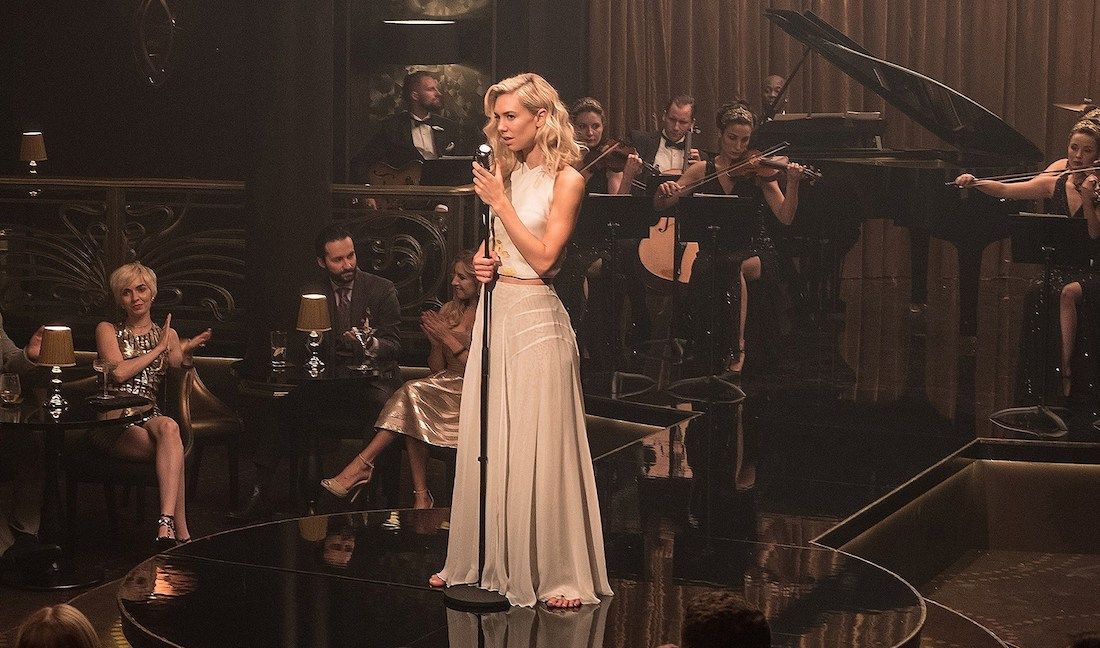 I guess by now you can get a doctorate in Mission Impossible scholarship and write a thesis contrasting the 70/30 live vs. digital mayhem directed by Christopher McQuarrie in Mission Impossible Fallout and, say, the stuff in Avengers Age of Ultron that was on the TV when I got home, where the ratio is the other way round at best. But in the end it’s just about the effect and the affect, like always. This Impossible and the previous one have made the most of McQuarrie’s brawny traditionalist style, which helped me give Rogue Nation the thumbs-up in Sight & Sound, despite the film’s simmering stupidities. Fallout inevitably gets even sillier, and the franchise has now reached the point where it would capsize back into camp if McQuarrie wasn’t playing a straight bat of Sam Fuller-ish dimensions. The cycle by which Ethan Hunt and his team are perpetually framed and then disavowed and then betrayed and then blackmailed is now as inevitable as moonrise, but when (any) James Bond had wound up on top of the Tate Modern chimney, it would have been an unconvincing bit of Pax Britannica mummery with the joins showing. When it happens in this film, it’s more muscular altogether—and once again, McQuarrie’s Anglophilia is showing.

The actors in the Cruise Crew are a cross-section through the franchise’s different directors like rings in a tree, but Fallout does better by Ving Rhames and Simon Pegg than Rogue Nation did. And I had bags of time for Vanessa Kirby, swanning around Paris and London in swish white outfits and established to be the daughter of Vanessa Redgrave’s character in the original Mission Impossible film. Coiffed and vocalising with that exact aim in mind, Kirby’s impersonation of Redgrave is so effective she should get a spin-off series of her own. Cosmic balance is restored when the film does rather worse by Rebecca Ferguson, returning as Ilsa Faust, a character name adrift without a purpose once the film leaves any noir pastiche a long way back in the rear-view exploding fireball. But then Fallout has an overall purpose that neither of the last two Impossibles had taken up, and manoeuvres Ethan Hunt into moving on from his already long-gone wife.

As well as landing Fallout with a case of The Strong Man’s Burdens and closing the story of Hunt’s love life, a topic keeping absolutely no one awake at night for the twelve years since M:I:III, this leads to a couple of dodgy dream sequences that teeter on the brink of self-parody. They probably dive right in, although the momentum of the film ploughs onward at such a rate of knots that your objections are lost in the hurricane. The first one has Hunt imagining his psycho-killer nemesis, played again by Whispering Sean Harris, officiating at Hunt’s wedding, a scene presumably aiming for the mythic but landing nearer the dyspeptic. The second has Hunt seeing his ex-wife and his arch-enemy framed as a couple in an ethereal amber dreamlight, looking as if Hunt had come home early and caught them in the wardrobe. Brian De Palma gave Hunt a Freudian reverie about castrated father-figure Jon Voight back in 1996, but that one didn’t make me nearly burst out laughing.

Octobriana comics The August issue of Comic Scene UK magazine has an article by me about Octobriana, a cult character not so much out-of-copyright as