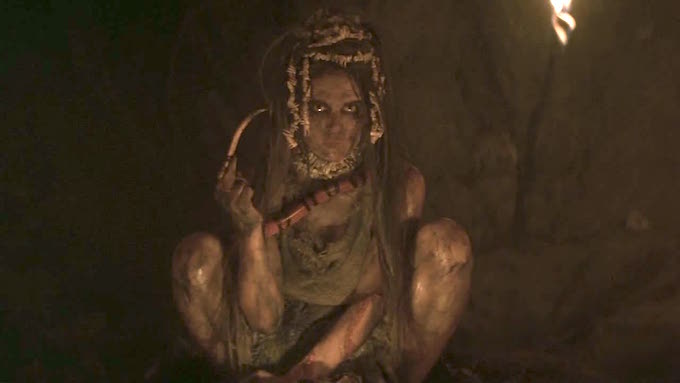 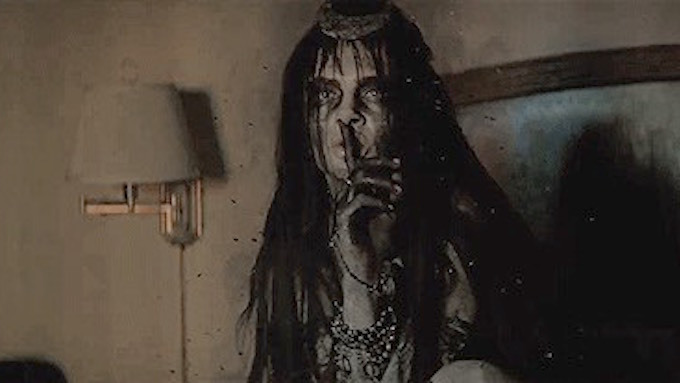 Witch craft: not for the first time, The 13th Warrior wins.

Whatever shortcomings unspooled from Suicide Squad and accumulated on the cinema carpet, they were more than matched by the sound of some critics trolling the trolls who were trolling them about it. The muscle memory now chaining critics and audiences together while they grapple on the bridge over the live volcano has become dubious enough without adding a quarrel about the crass behaviour of crowds on social media, a topic where answers have been readily available since about 1982. (“We plan our happenings carefully to be sure that they are thoroughly spontaneous.” wrote Walter Ong, detecting the future in his ZX Spectrum.) There was a time that motivations for film criticism included coequal interests in people and human nature as well as film; what happened to that?

Things like Suicide Squad happened for one thing, films which — as the scientists say — are not even wrong. One core brainstorm of current superhero cinema is trying to pin down the best language to even discuss these cultural items, distilled directly into existence as they are by a corporate will to power without any conventional audience demand pulling them from the other end of the chain. Is “failure” the right word for David Ayer’s attempt — endearingly shambolic while also over-starched straight into deep-freeze — to be more cinematic than the regular Marvel output, and deal in themes more chewy than the panto liberalism of Captain America? Doubtful. An unhelpful diversion while working that out is the confusion between form and content that seems to have set in for the duration, a quick route to the critical back of beyond, and Suicide Squad is a lottery jackpot of all the stuff that gets put in the wrong column: marketing made flesh, text and sub-text that don’t mesh, character self-actuation and design rather than character development, non-threatening palatable darkness as entertainment, prosaic visuals with an interior feel even when they’re outside, and that odd stilted synergy that doesn’t actually make you want to see the other stuff that’s being referenced (plus unfulfilled expectations from the trailers, although by now that’s an established compliment to the relevant editors deep in the Warners gulag).

The standard theory is that Warner Bros is thrashing around blindly, but that notion didn’t hold up particularly well to the sheer heft of Batman v Superman, Zack Snyder’s mining operation at the far end of the periodic table, and doesn’t fare much better now in the face of Margot Robbie’s spirited burlesque as Harley Quinn. She’s lively and modern and disconsolate enough to suggest that the scope of the character’s awful ambivalence — a brutalised woman grabbing her own destiny specifically to set fire to it and cackle at the ashes — didn’t escape anyone’s notice, even if it also slipped through everyone’s fingers. Compared to Jared Leto’s direly misjudged Joker, a petulant millennial poltergeist from somewhere deep in Snapchat’s skunk works, Robbie practically fluoresces with actorly certainties — which is always where the trapdoor really opens, since these characters are founded on ambiguities in their home medium, and the one they’ve landed in prefers to squash all uncertainty flat.

Corporate cartooning has its own related crises going on — DC Comics has embraced the wrong path with even more enthusiasm than the rest of them — but the only way to avoid the uniquely participatory two-way mental process involved in reading comics is to glue the pages together. Short of that, a deliberately troubled and troubling character like Harley Quinn will contain multitudes, reflecting readers back towards themselves just as the inventors of written fiction intended. The kind of reader involvement inherent in the very nature of cartoons usually crops up in films only after some Herculean effort of maverick genius or screens to an audience of fifty — only the masters of cinematic dream logic really get close to the fragile ambiguities invoked. But the changing position of pop-culture in the landscape now demands that several hundred million dollars of Hollywood definitiveness lands on Harley Quinn and the rest like several hundred million kilos of dead weight. Instead of certainty, or much by way of fun, the operation conjures instead a big unhappy paradox, a hopelessly contradictory wish to treat these (in the best sense) childish archetypes as if they might be modern protagonists for adults. It’s an act of fetishisation, pop culture moving to the centre prior to nailing itself to the cross. Only a fool would not want fairer, more diverse, more equitable societies; but if you’re looking to Harley Quinn to lead you there then something significant has happened to her place in the culture, to say nothing of your relationship with Harley Quinn. Warners seem in fact to be engaged in a drastic experiment, besieged in an exploding laboratory under a sky of nothing but storm clouds, testing all these doomy contradictions to breaking point as well as retrofitting a thesis on the scope and affect of panel art beyond the dreams of Scott McCloud. The only uncertainty now is exactly how deliberately they ever embarked on it in the first place.