A piece of Elvis Presley’s carpet 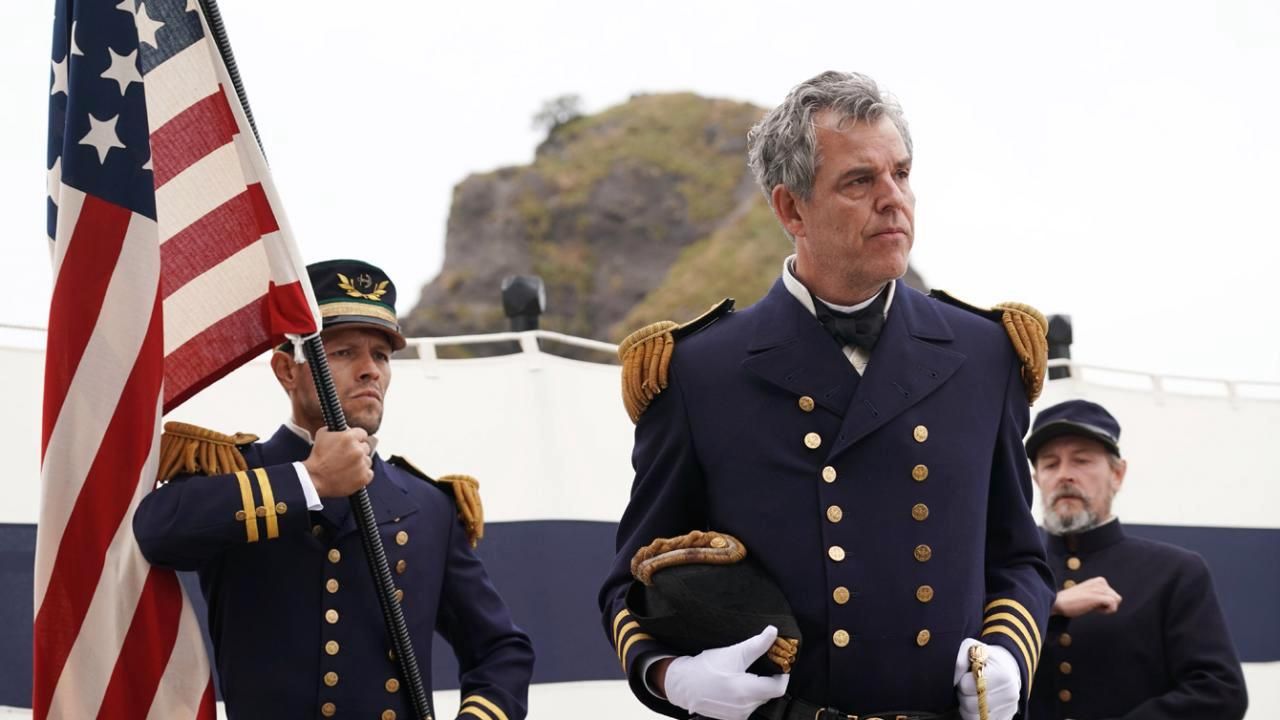 The Vast of Night is sincere late-1950s sci-fi pastiche modelled on The Twilight Zone, and until scientists work out how to do one of those without starting from there then sincerity is probably what matters most. Two nice young people (he’s named “Everett Sloan” for a bit of sideways Orson Welles heritage, she’s from a Spielberg-ian ruptured family) get into a UFO mystery involving voices on the radio and reel to reel tape recordings, allowing the film to mix modern digital tracking shots with a hardcore analogue fetish for audio tape and unspooling and splicing and threading and respooling. Their town apparently prizes a remnant of Elvis Presley’s carpet, and you can’t get much more analogue than that. As films about paranoid people on the radio go it’s no Pontypool; but then what is?

Driven is about John DeLorean, played by Lee Pace with something not unrelated to Elvis’s carpet on his head. Two films about DeLorean are now out and about, almost as if we were suddenly minded to take capitalists to court while being fatalistic about why to bother. Pace, no doubt wielding the kind of authority that 0.03 percent of the Marvel Cinematic Universe can deliver, seizes his opportunity to play DeLorean as some kind of ping-pong-playing cross between Croesus and Dionysus, but a bit more crappus.

Marianne & Leonard: Words of Love concerns Leonard Cohen’s randy nature and is about the painfully complicated love lives of real people in the 1960s, and the fact that they all remain sympathetic might have something to do with that authenticity.

The Souvenir is about the painfully complicated love lives of fictional people in the 1980s, and their unreality might be connected to my urge to kick the lot of them in the knee one after another. Joanna Hogg’s last film Exhibition also had affluent people trying to keep a jittery Britain out of their lives and thought that art might be the answer, while the new one knows that art can be blown up by an IRA bomb as easily as anything else. Not sure that the final Accusatory Look To Camera is a tactic with much voltage any more though; voyeurism isn’t what it used to be.

Samurai Marathon keeps Bernard Rose in employment which as always has my enthusiastic support, even if this time most of his natural eccentricity may have been used up by the eccentric idea of making a film set in 1855 for Jeremy Thomas in Japan and in Japanese in the first place. Rose’s great eye for faces is put to work in a different acting culture than usual but still works better than most other supposedly more sophisticated methods. Commodore Matthew Perry turns up with the face of Danny Huston, which says plenty about the film’s opinion of Commodore Perry before that face opens its mouth.