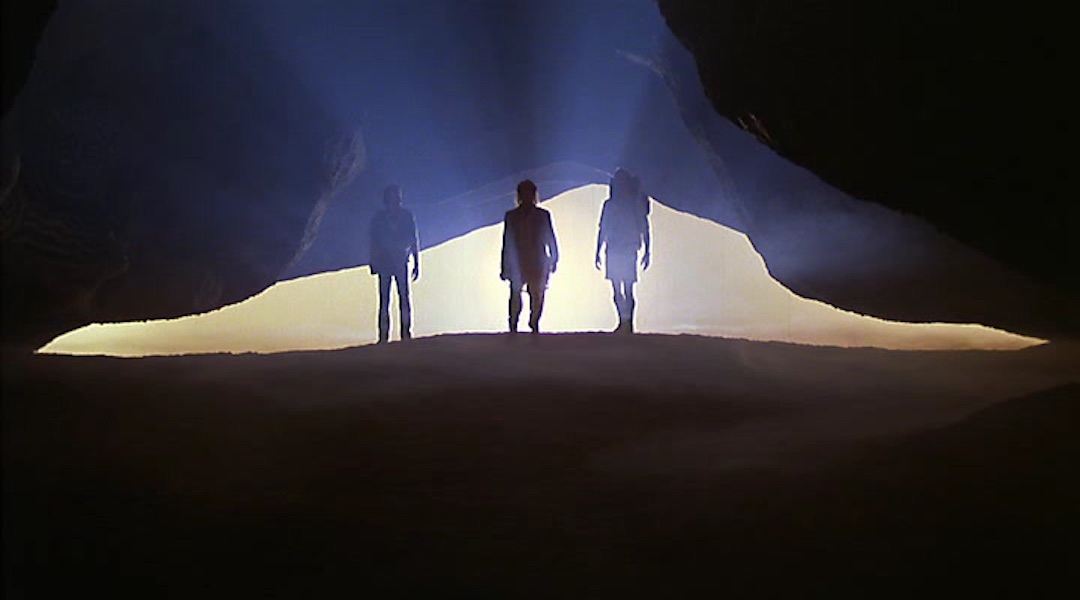 At Critic’s Notebook: Thoughts on Winter Sleep, an epic of human fallibility; Leviathan, an accusatory finger jabbed in the chest of people who may not be bothered in the slightest; and Stations of the Cross, which looks for hope in the eyes of children and finds that the universe has run out.

At Cleo journal: I interviewed Sally Potter about the ways her background in dance and music has come to play a part in her film career, and what it feels like to have your first feature film thrown to the wolves.

Meanwhile: Ken Russell and Alain Resnais — a double act to conjure with.

Revisiting Altered States on 35mm allows the best possible scrutiny of William Hurt, Blair Brown and Charles Haid in search of some previously missed signs of the effort involved in keeping a straight face; but evidence comes there none. Hill Street Blues has been on my mind lately, and Charles Haid should be in everything; he should have been the William Forsythe of his moment, if not for the unlucky fact that the actual William Forsythe was having his moment at the same time. Altered States doesn’t even pretend to be bothered about making sense, and if any of it had threatened to do so you suspect Russell would have set fire to the pages with a match while the producer was reading them. But as with all of Ken Russell’s output, the destiny in which he wound up making home movies in his own garage is already expressed right there on screen, both inevitable and a travesty of justice.

Je t’aime, je t’aime is a more rigorous oddity, and getting on its wavelength is easier once you swallow that it’s just as much a cinematic parlour trick as a deep analysis of human relationships — a combo that might ensure it’s a weaker meditation on the ineffable than Last Year at Marienbad. But at least it’s still a meditation. The repetitious dissolution and congealing of Claude Rich’s difficult love life gains an added spark on a scratchy 35mm print, which could break at any moment and cast him and us into the void. When the print steadies, Rich is an odd, willowy, translucent figure, zigzagging down a sand dune as if he might be auditioning for Richard Lester. Like all cinematic experiments worth doing, some of the echoes rippling out are unintended: Olga Georges-Picot makes an alluring cipher of a lover, the ghost in this particular machine, three decades before she opted to bring her own time travels to an end.

Superhero Cinema I wrote about superhero cinema for Sight & Sound, quoting Frank Zappa in the process and coming to a conclusion about which side of the fence I’m on

Henry Gibson I used to like fresh air, When it was there. And water. I enjoyed it, ’Till we destroyed it. Each day the land’s diminished. I think I’m finished. A