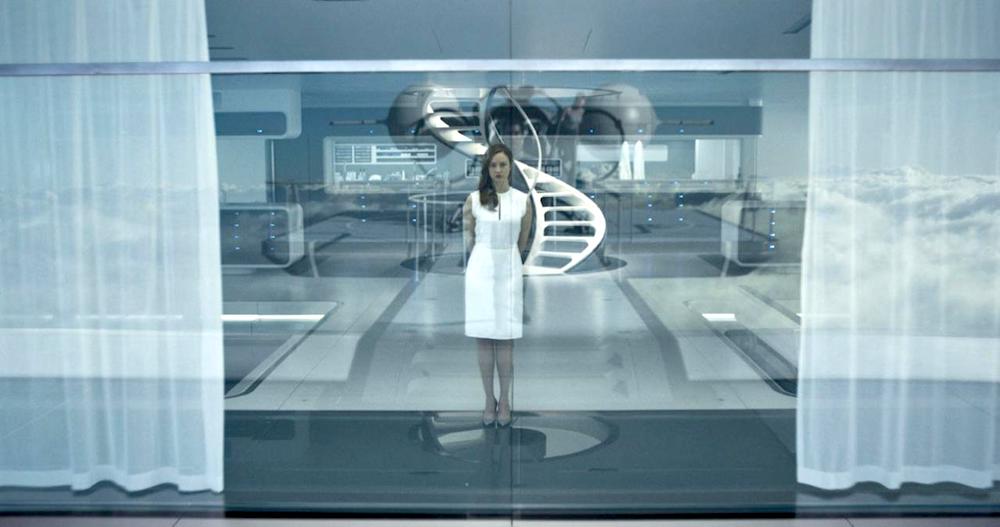 “There is a house above the world where the over-people gather.”

Co-opting Joseph Kosinski’s new movie as a comic-book film just because he first planned it as a graphic novel would be a stretch, but if the next Superman film has as much sense of sky and flight and the authority of altitude as Oblivion, it’ll be doing well. If it’s as derivative and loosely plotted and filches its score from Inception, then not that. Place your bets. At the very least, Oblivion is a modern entry in Architecture Cinema, and I reviewed it for Critic’s Notebook

Proving that it’s probably better to have an eye for genre and approach fantasy material from a certain detachment, rather than just build on remembered youthful delight and some kind of weird faux-nostalgia, Bryan Singer’s Jack The Giant Slayer beats Sam Raimi’s Oz all ways up. The sound of a big fantasy film with a pretty fine John Ottman score answers the same question from a different direction. Surely Singer saw this as a training exercise, a way to try the toolbox on for size before returning to the X-verse? A relatively risk-free excuse to run the current template up the flagpole and see if he could bring himself to salute?

Carlos Reygadas has confounded me before, and he still seems too keen to deny his characters grace for my liking. Post Tenebras Lux is easier to swallow than some of his films — for one thing it’s oddness is mostly text-book surrealism rather than holy terror — but it still resonates with his colossal indifference towards things that don’t deserve his disdain.

Meanwhile Olympus Has Fallen resonates with the screams of innocent tourists mown in half by gunfire and a national gnashing of teeth. The whole thing is wall to wall self-flagellation, not least when a plane cuts the Washington Monument in half and Castrates America. Gerard Butler’s producer credit makes this look like a calculated attempt to un-rom-com himself by ripping a North Korean’s arm off and hitting someone with the wet end, but then I always liked him as emo-Dracula and won’t be heard complaining.

The Look of Love, I'm So Excited, Iron Man Three reviews “Well Sonia, that was classic intercourse.” Paul Raymond was long gone from the Revue Bar by the time I ever got there, but if you squinted a bit it

Elliot S Maggin from Last Son of Krypton “Let me give you a hypothetical case, Miss Lane. You, it is well known, have a sort of personal relationship with Superman. I take it he has