To the wilds of Iberia with Carolina Bang 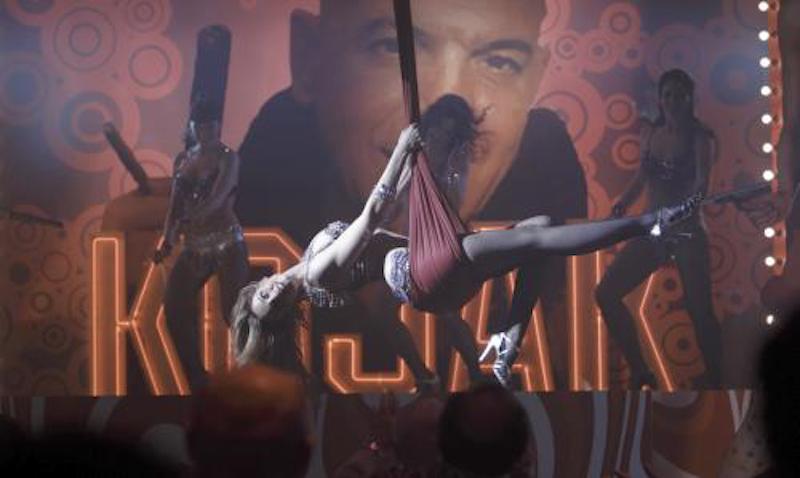 The 65th Edinburgh International Film Festival was what it was. Some of the well-publicised flaws were not technically disasters, just a substantial retreat from the glory days of old. And some of them were so fundamentally wrong-headed that they seem unfixable short of breaking the festival back down to the ground and rebuilding from scratch. On top of which, for every truly stupefying mistake concerning ticketing or press relations or unfortunate programming, there was an act of god which just made the whole unlucky enterprise seem cursed. Many of these involved the Cameo’s lavatories.

For Little White Lies, a festival report in two parts:
Part One including Celine Sciamma’s tender view of childhood uncertainties Tomboy, and a sympathetic portrait of Bobby Fischer’s internal torments.
Part Two including David Mackenzie’s divisive Perfect Sense, the clearly star-making Albatross, and the poignant Life In Movement which happens to be one of the best documentaries about dance I’ve ever seen.

I also did some interviewing for Little White Lies, to appear at various points in the future, starting with Craig Viveiros and John Lynch talking about their bruising prison drama Ghosted.

Mubi Daily Notebook once again picked up some of my coverage.

Over at Critic’s Notebook, four films worthy of deeper wordage:

Perfect Sense is an emphatic return to form for a director last seen disappearing beneath the waves of Hollywood seemingly never to return. And a litmus test for film reviewers, by the look of things.

The Last Circus is so utterly bonkers that Carolina Bang swinging on a trapeze in front of a big picture of Telly Savalas counts as one of its more rational moments.

Page Eight really had no place being at the festival but gave me newfound appreciation of Bill Nighy’s approach to tailoring.

The Divide is every bit as downbeat and dour and post-apocalyptic as its makers intended, which is a lot.

Compare and contrast with last year’s Edinburgh Film Festival, when I saw Zach Clark’s Vacation and overheard some of the more hilarious critical reactions the Filmhouse staircase has witnessed.

And indeed with the year before that, when I saw Mr Clark’s Modern Love Is Automatic and watched Dr No alongside Sean Connery and Pontypool as well, revelations brewing up every time the lights went down.

Slaine The Horned God 2000AD and I were through by 1989, so I missed the moment when Pat Mills and Simon Bisley began Slaine: The Horned God and jointly shifted the orbit