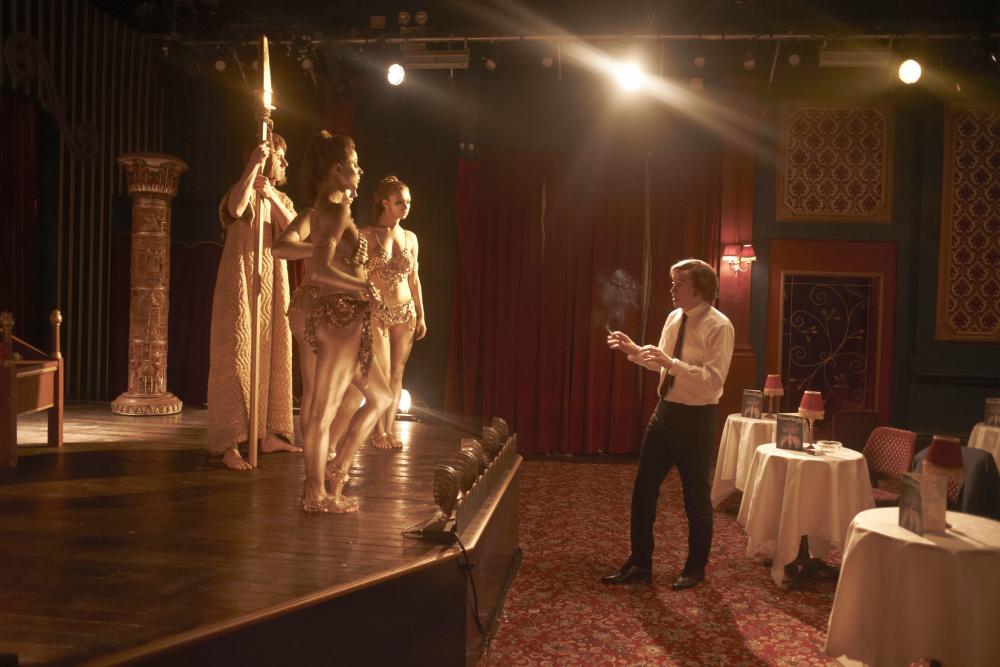 “Well Sonia, that was classic intercourse.”

Paul Raymond was long gone from the Revue Bar by the time I ever got there, but if you squinted a bit it was still just possible to see his footprints in the shagpile. “Xanadu’s landlord leaves many stones to mark his grave,” I muttered, while the barmaid looked at me sideways. For Critic’s Notebook I watched The Look of Love, whose recreation of Soho and the Revue Bar seemed skin deep at best — presumably for a reason.

And also I’m So Excited, the new film by Pedro Almodóvar. Although I didn’t hate it, it’s possible that Pedro and I might be through (again). However, those keen to spare me from it by having the film cast out of polite society for romanticising rape can kindly stop doing me favours. No one ever killed an idea by leaping in front of it every time it drove around the corner, having dug out their Censor’s hat and cape for the occasion. Ideas become extinct precisely because people are allowed to see them, think about them, and decide them to be toxic. To be even having this discussion about a Spanish film maker such as Almodóvar seems somehow very Anglo-Saxon.

And while we’re here: Iron Man Three. Ten years after I decided that Brian Tyler was the key to any decent DC Comics movie, there’s real juice in seeing the Marvel universe operate under his characteristic muted string layers; he even gives the hero a memorable theme tune, which neither of the previous composers seemed very bothered about. But seeing these stories squashed into this tiny inviolable template is now officially a chore; myths cheapened, rather than soap-operas elevated. Marvel’s movie juggernaut, gurning Stan Lee and all, has become a vast engineering project devoted to hollowing out America’s electric mythology and turning it into crack. At some point the cost becomes too high, even while the Brian Tyler big-band plays you off at the end.

Star Trek Into Darkness Star Trek rolled up in 2009, a year without a serious Marvel movie (the useless X-Men Origins: Wolverine does not count), so the chance to directly

Oblivion, Trance, Jack The Giant Slyer, Post Tenebras Lux, Olympus Has Fallen “There is a house above the world where the over-people gather.” Co-opting Joseph Kosinski’s new movie as a comic-book film just because he first