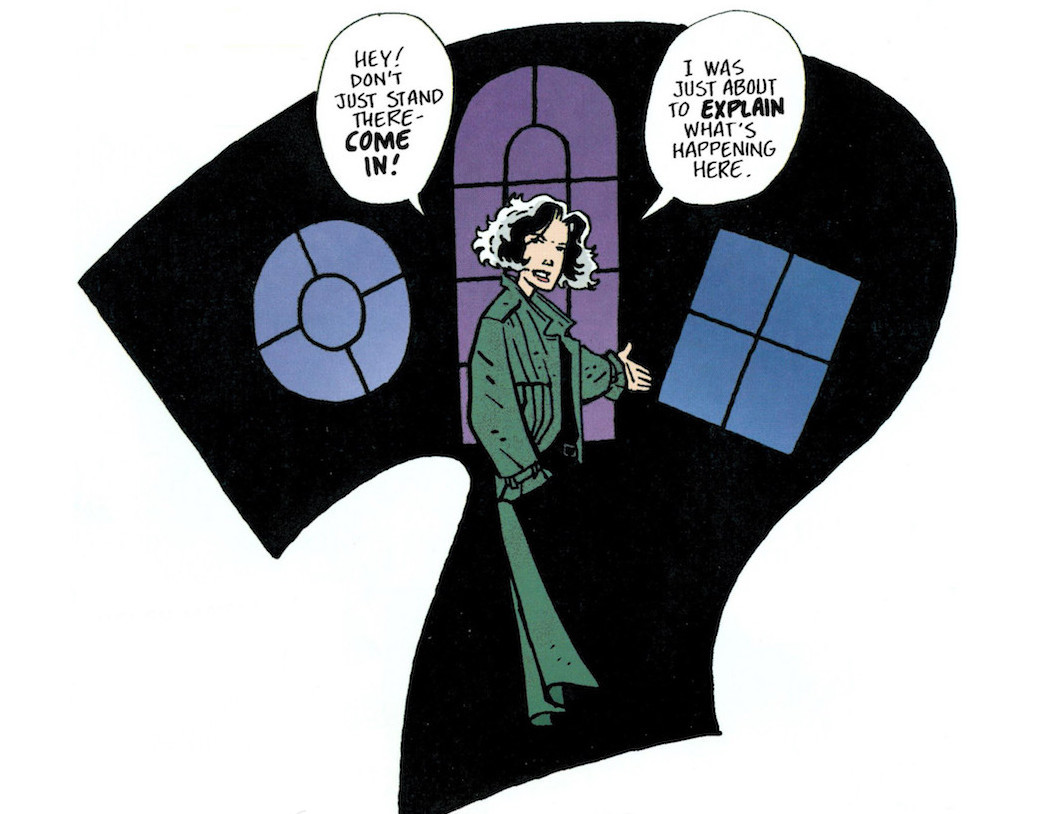 I’m in the current November-dated issue of Comic Scene magazine with a piece about Paul Grist’s comic Jack Staff, a strip which grabs British humour comics and British humour generally in a big warm bear hug.

My appreciation of Paul Grist and his earlier Will Eisner/Frank Miller homage Kane is on record from a long time ago, but Jack Staff is a more expansive gesture, half nostalgic swoon for old comics and half mournful eulogy for acres of British cultural history. The fact that Image Comics picked it up and turned it into a colour strip for US readers who may or may not have recognised Harry H Corbett when he turned up as a vampire hunter is just another layer to conjure with. You can find Comic Scene here or in comic shops.

Supplementary material: Back in 2012 I spoke to Paul Grist about his comics and career for a magazine article which was ultimately unpublished. Some quotes from it are in the Comic Scene article, but the whole interview is here on this site.

Elsewhere: For Tripwire I read the new graphic novel adaptation of Yellow Submarine, which Titan commissioned to mark the fiftieth anniversary of the Beatles animated fantasia. Bill Morrison’s background at MAD magazine and Bongo Comics makes him a crafty choice to work at the point where animation and comics overlap, and this particular comics adaptation of a film certainly resembles its source—which is more than you used to be able to say for those old issues of Marvel Comics Super Special. Even having to pretend the film doesn’t have a note of music in it isn’t fatal to the book overall. But at some point this rip tide of nostalgia that’s now tearing constantly at our footing will have to be tempered.

The Moderns Alan Rudolph Great faces in The Moderns. But Linda Fiorentino first among equals

Von Hoffman's Invasion, Xerxes Rebellion didn’t say how much it spent buying up the output of the old IPC Youth Group and having half of the UK’s entire comics output for the