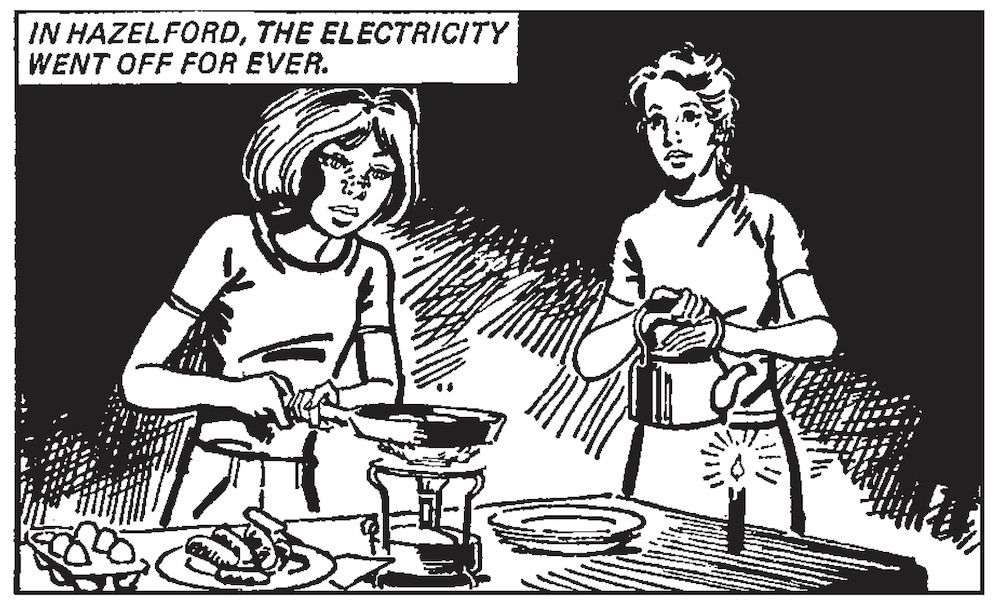 The electricity went off forever. In Pat Mills’s book about his writing career he calls Alan Davidson, who wrote this panel and the rest of the 1976 drowned-Britain survival story Fran of the Floods, “the Alan Moore of girls’ comics.” Since the young Davidson got his start sub-editing Roy of the Rovers and the young Moore once wrote under a pseudonym taken from child-murderer Gilles de Rais, they probably had different perspectives on the concept of irony. But squint a bit at Fran’s storyline—melodramatic but cerebral, morbid but empowering—and there are certainly parallels. Mills always said that girls’ comics like Jinty, which he launched and where Fran of the Floods appeared, focused on character in a way that boys’ comics would not, and in a modern light they clearly want to think about crises of principle over crises of identity, the currently unfashionable choice. This old story bears all of that out too. The Treasury of British Comics project has reprinted the whole thing, which strikes me as the sort of thing the imprint should be doing more often. In the process it seems to have removed the occasional spot colours used by Jinty and stripped everything back to black and white, which is the sort of thing I wish it would stop doing. I reviewed the reprinted story for Tripwire.

Also at the Tripwire site: a bit more Moore in the collected 2000AD strip Caballistics Inc, including another entry in the catalogue of fictional Aleister Crowley analogues and the use of Christ Church Spitalfields. But Caballistics uses almost everything, a fannish embrace of a hundred pop-culture influences from Bernard Quatermass on down. It’s a fun ton of horror homage with a dismemberment on every page, but I’m not sure it was as scary as Fran of the Floods. 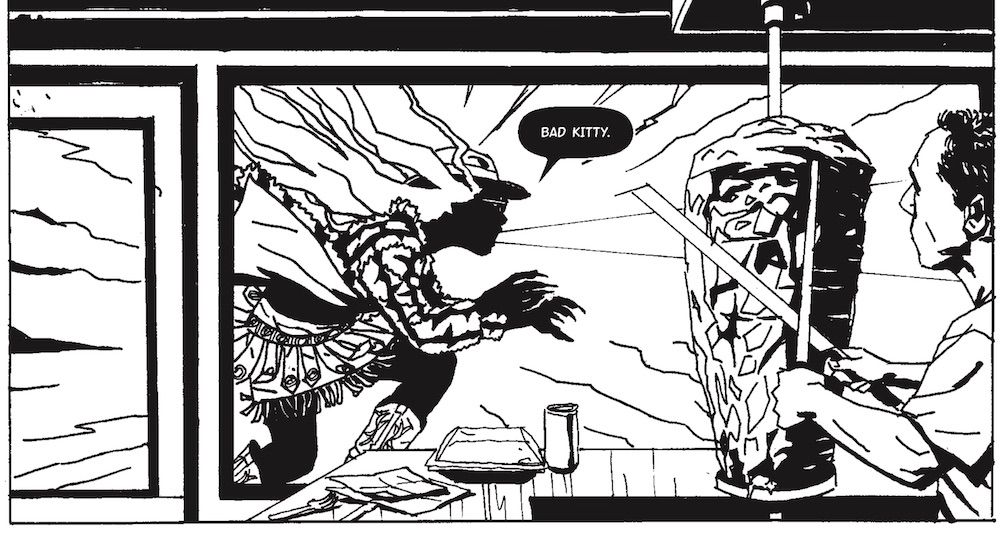