The poetry of earth 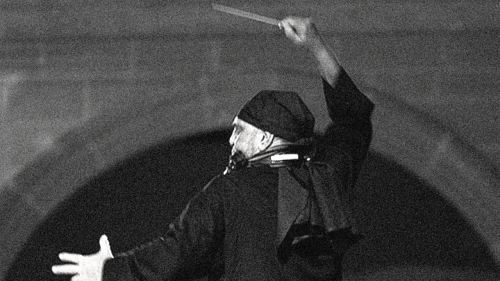 The composer in the picture has cancer and will be dead in twenty weeks. At this point, he is going loudly.

Basil Poledouris had withdrawn from active film scoring well before his last public appearance at Úbeda in Spain during July 2006, conducting selected bits of the score to Conan The Barbarian much as a stadium rock outfit returns to their most famous crowd-pleasing bombast. By that point all of the composer’s closest film comrades had fallen from favour. Paul Verhoeven’s six-year silence after Hollow Man was not quite over yet, John Milius had stopped directing long ago, and we will come to Steven Seagal shortly. And by then mainstream film music was squarely in Hans Zimmer’s orbit, tempted away from its own roots in European classical flair and Poledouris’ beloved American folk music by the easy aggro of percussive rhythmic fragments and pulsing electronics and fight music that just churns noisily. All these things are connected.

Poledouris drew as much inspiration from folk music as the classical canon, but still scored the deeply polyester sci-fi of Cherry 2000 with a synth-heavy soundtrack and name-checked Giorgio Moroder (and Mozart, and Morricone). He was in perfect sync with those Paul Verhoeven films where the Dutchman’s characters are buffeted by actual tangible fate (just as Jerry Goldsmith fitted the ones that were psycho-dramas), but still kept returning to the Western genre to think about simple human dignity under duress. Whoever paired him with John Waters must have pulled his name out of a hat, but Waters says Serial Mom is his favourite of his own films, sensing how Poledouris subverted the music of a Hollywood melodrama by just an inch; a Golden Age score with some mildew in the timbers.

Versatility like that comes from instinct as well as skill. Poledouris’ instincts were for what Leonard Bernstein, quoting Keats in a famous monumental piece of rhetorical television, called the poetry of earth. Every Poledouris score feels as modern as a rave next to John Williams, but shares innate deep affection for tonal harmonies and rich instrumental textures, even if Poledouris’ world view was rather more mournful. Melancholy seeps into his heroic music, and his superheroes are uncomfortable creatures — RoboCop got an epic march of thwarted destiny when Poledouris returned to the franchise long after Verhoeven had moved on. On top of the general loss to film scoring when Poledouris died, a decent chance for an affecting DC Comics film left with him.

And then there are les films de Steven Seagal, two of which Poledouris punts into the stratosphere. No room here to discuss On Deadly Ground, Seagal’s sole directorial credit, in which he takes down an oil corporation, makes Alaska safe for the goshawk, and is somehow allowed to lecture the legislature about ecology rather than being tried for multiple homicide and tipped into the Bering Sea. No room, because Under Siege 2: Dark Territory takes up all the available oxygen.

Under Siege 2 is one of those nutty spasms of crazy that the American system used to throw out in the 1990s, just before it completed remodeling along the lines of an Apple Store: part exploitation bruiser, part baroque masculinity meltdown, part anti-US satire, and cast by a madman. It has Eric Bogosian as a homicidal maniac slaughtering hundreds (picture Dustin Hoffman playing Lex Luthor), while Jonathan Banks drives a locomotive like he’s never seen one before in his life and Brenda Bakke wears a trench coat over nothing. (Brenda Bakke is another immense loss to current movies, far too sensible to waste her time playing those complex female villains we will never get.) But above and beyond all these, there is Everett McGill as the finest hulking sidekick ever. He is the king of hulking sidekicks, the president of the union. Crazy and cunning and impervious, he’s a droll troll calmly managing his boss’s twitchy freak-outs and using a teenage Katherine Heigl’s pepper spray as a breath freshener when he hasn’t got his gun up in her mandible.

How to score this dingbat jamboree? Poledouris kicks-off by quoting Copland’s Fanfare for the Common Man — a joke that Seagal may or may not have got — and then builds an entire score of non-stop movement and agitation, a stew of action-music fragments and ticking electronics. People cutting trailers for Mel Gibson films recognised a perfect fit when they heard one and used it liberally, and it now sounds like a distant ancestor of the angsty streams of consciousness that mostly pass for action scores in the Zimmer era; but this ancestor knew tricks his kids have forgotten. He knew how to be soulful, even when complimenting the world’s most psychotic cook on his latest successful gouging.

Soul is a more dubious requirement in film composition than it used to be, but it’s still there in Poledouris’ last big-screen credit, a soggy slice of Sino-American modern-dress wuxia called The Touch from 2002. Apparently initiated by Michelle Yeoh at the peak of her post-Crouching Tiger influence, the film disappeared into Miramax’s distribution maze never to be seen again. Stuck between cartoon and travelogue, it has a nonsense plot about a family of circus acrobats guarding some ancient mystical whatsit against an overacting Richard Roxburgh, his hair as blond as Dirk Bogarde’s in Modesty Blaise. Yeoh herself is a suitably hands-on hero — the film comes between Angelina Jolie’s two Tomb Raiders, revealingly enough — but she’s saddled not only with a prehensile magic scarf whose powers change with the wind, but also acquires Ben Chaplin as a Western ex-boyfriend. The film has to make him look useful, when it’s clear that Yeoh could take care of business all day long. Even the horses are bored.

The Poledouris score is low-wattage, an authentic late-career work, but a sweet concoction; maybe no surprise that a composer innately inclined towards folk music might smoothly blend ethnic Chinese elements into a small Western orchestra without any apparent friction. It leans a bit heavily on the kind of accessible Orientalism that Tan Dun has mastered for export and made into a template, but it puts Chinese wooden percussion over synthesizers and choir, and for all its sweeping romanticism, it’s never trite. The film grasps for some philosophical discussion of Buddhist lore vs Western pragmatism, but Poledouris seems to be the only one who spots when it’s happening. And the film closes with a song in Mandarin, sounding halfway between a lullaby and a prayer. As last words go, there are worse.

Almost last. Just before his death, a TV movie called The Legend of Butch and Sundance with Poledouris music abruptly washed up after three years on Viacom’s shelf. The Western was always a good fit — his scores for Lonesome Dove and Quigley Down Under, both for Simon Wincer, add up to an essay on the toll of the frontier and the role of women, even if one of them takes place in Australia — and he left his final musical mark on the wide-open plains (of Calgary, technically). It’s a Butch and Sundance origin story, all youthful exuberance and self-made mythology and anti-Pinkerton larks; but the music is going somewhere else, talking of maturity and unstoppable clocks and the passing of days. Enjoy your legend, cowboys, says the composer, since all this will pass, and the poetry of earth is ceasing never.

Plus he was an extra in Star Trek. 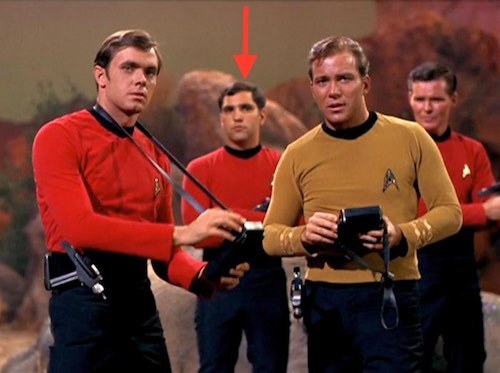 Spectre, Between Two Worlds I watched Spectre for Critic’s Notebook, and also said some things about it out loud in a podcast for the Bristol Film Critic’s Circle. The Bonds