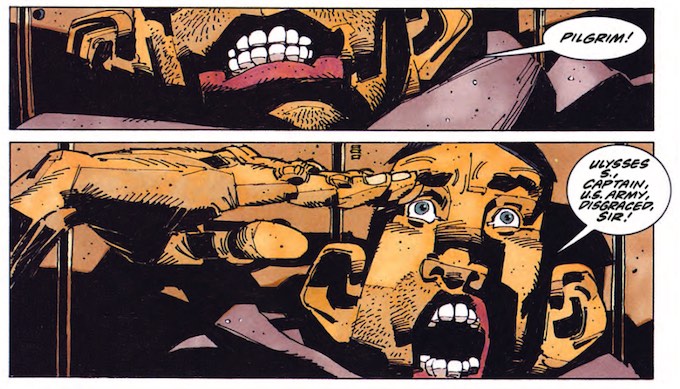 Each era’s flavour of imminent extinction is different, but the sour taste of 1980s nuclear anxiety comes back pretty quickly while reading The Last American, Marvel’s 1990 Epic Comics series just republished by Rebellion. A post-apocalyptic road trip with one human being and one inevitable destination, it’s a howl of unhappiness on the part of its creators, and since they happen to be British it has the same air of brutalised trans-Atlantic complicity that powered other anti-war petitions like the BBC’s Threads half a decade previously. Exposure to a pop-culture that’s operating without an irony safety-net is now an automatic time-warp and alien enough to give you vertigo, and it’s not just the calendar that makes the book feel like art at the end of its tether, or possibly just at a dead-end; but equally, some of the book is performative and caricatured enough to count as war poetry under the shadow of a mushroom cloud. And if humane compassion ever stops being a net positive in art, then we’re all in trouble anyway. I reviewed it for Tripwire and tried to give it its due.

At the same venue: 2000 AD gave US superheroes short shrift at one point, its founders inclined to fend off fascistic do-goodery with sticks. A new selection of Judge Dredd’s run-ins with recognisable Ubermenschen of one kind or another shows how views of the superhuman brigade have shifted — towards the favourable, to no great surprise.

And: the Slaine strip has featured great artists before, but Simon Davis is just about the perfect fit. 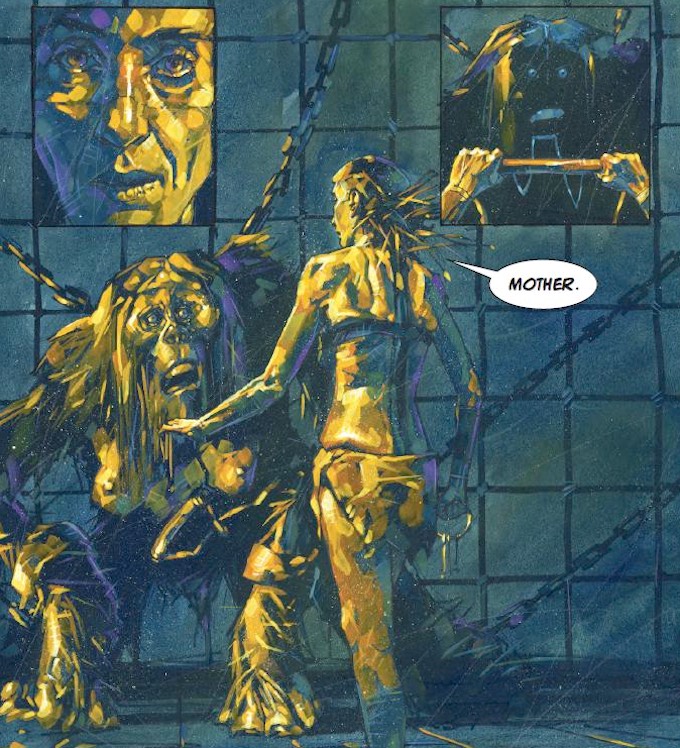