TIM HAYES is a freelance writer and critic
29 November 2018 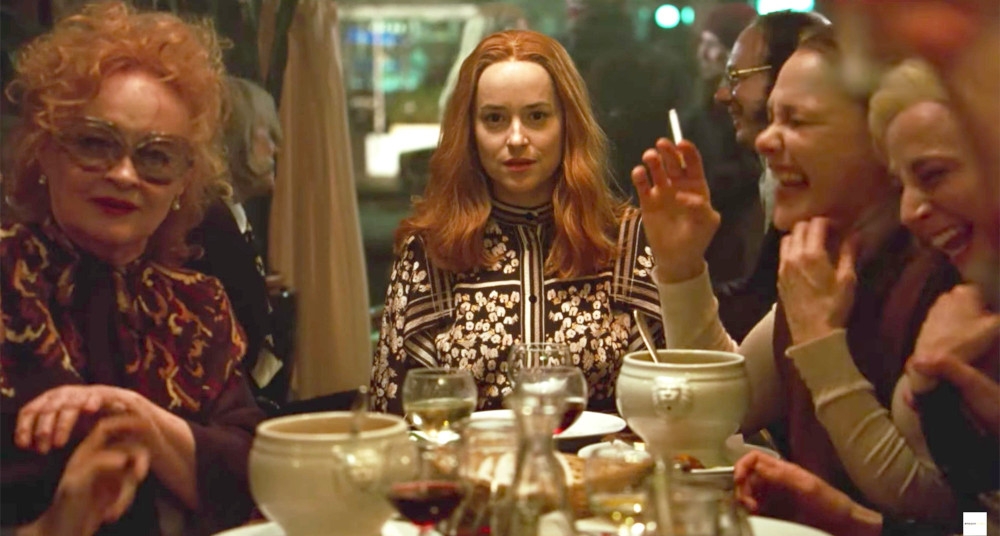 Before everyone saw Luca Guadagnino’s new version of Suspiria he was professing his love of the old one to the point where it seemed he might turn up in person and profess it through your letter box. But a retread of Dario Argento’s hormonal sugar-rush was never on the cards, and the remake is a different kind of biological fantasy, flatter and critic-friendly. Its real estate involves witches covening not in subtly post-Fascist Italy but in overtly post-Fascist 1970s Berlin, while the Red Army Faction blow things up down the road. The only real use of this situation is Chloë Grace Moretz’s cameo as the student who vanishes at the start, and although CGM has started to look like every part she plays is being done under protest, the Le Carré-ish deal of a young woman abandoning ballet school to go and run with Ulrike Meinhof is a strong self-knowledge narrative if it’s artist to radical—even more so if she knew it was actually witch to terrorist.

Pundits’ fixation on a film’s content rather than its form is the modern curse, mainly because films hardly ever play with form in the first place. But Guadagnino does at least dabble with it: deliberate edits used to keep the viewer off balance—here’s the frame of a chair, that thing on the wall, the back of someone’s head—and Moretz’s exposition delivered by someone whose face you never quite see and whose body is never in clear sight. Reviewers thrown by this rarity have reached strange conclusions about how Suspiria “breaks all the rules of camera angles,” which to be true would have to involve it being upside-down. It’s really just the aspect-to-aspect editing code that first came my way via Japanese manga, which worked out the assembly of a moment from scattered fragments ages ago. Western films usually do it just to put the wind up the audience, but its rule book is as strict as all the others. The problem is that Argento’s careering Evil Disney colour scheme and skewed child’s perspectives under a frantic Goblin score seem more formally audacious, subversive and memorable (and funny) than anything likely to arise from a stylised editing choice in a universe of straight-faced beige.

Content eventually takes over anyway, in this case as a warm-up for falling apart. The old film had several distinct ballet students and just a couple of memorable matrons, while the new one has a horde of matrons and really only Dakota Johnson and Mia Goth as proactive students, which costs it the sense of young female community and all the business with the girls dorming together like a high-school clique. On the other hand you get much more emphasis on the actual dancing, and on creation of a work pointedly called Volk. Connect dancing and the legacy of fascism together and the spirit of Bob Fosse will appear as if summoned, but the political debate being primed by the coven’s split into two factions never actually gets very far. It’s capsized by a climax that’s part witches’ sabbath and part dubious Am-Dram, involving protracted jerking-dancing by naked extras in the background and Tilda Swinton in full-body prosthetics, all fleshy folds and sagging tits and Cenobite sunglasses. The Ancient Greeks got so used to getting out of narrative holes by cheating that they gave it a name, and would nod approvingly at the sheer scale of deus ex machina that Suspiria springs just to conclude this sequence and avoid having to rumble on for another week.

Long before then, the meaningful pans into witches’ oddball gurning faces become close to black comedy anyway, which might be the valid way to approach the film in the first place. Once I realised that a member of the coven was Renée Soutendijk, the sight of her screeching and lurching and carrying on was to imagine what Paul Verhoeven would have done with all this. 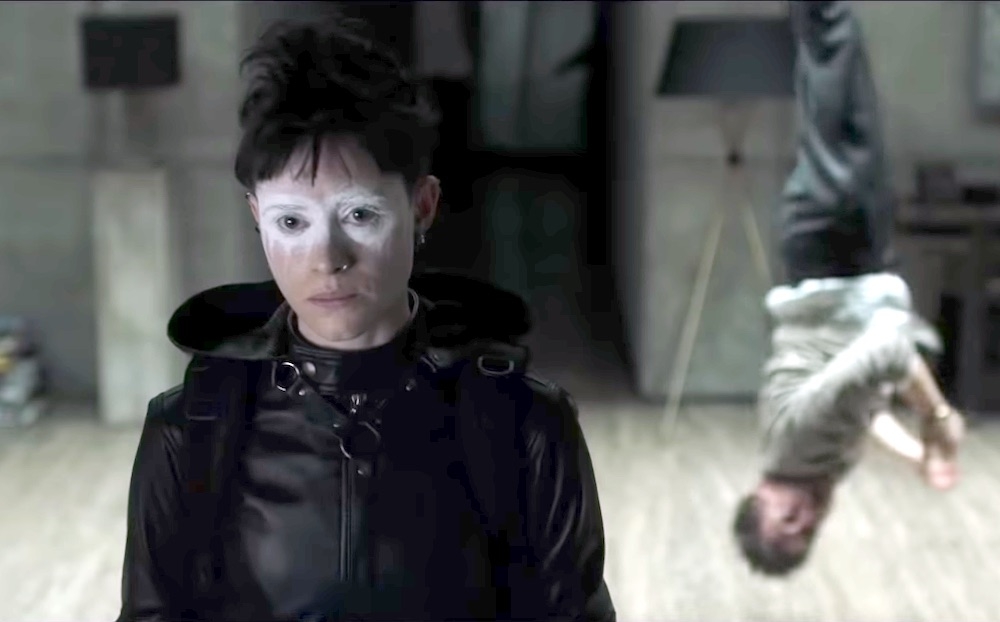 I used to wonder what Verhoeven would have done with Lisbeth Salander too, but after initially disliking the Rooney Mara version of The Girl with the Dragon Tattoo, I’ve decided that she’s actually great and the best portrayal there’s likely to be. But here comes another model anyway. The Girl in the Spider’s Web doesn’t have much in common with Suspiria, apart from them both being stuck with the modern air of intellectual property returning like a comet, art willed into existence by a blend of panic and calculation, its half-life decay starting even while you’re watching. At least this one knows what it wants to be from scene one, when a passing misogynist stands in the exact unseen loop of wire needed to let Claire Foy’s Salander string him up by his ankles, a move pulled off satisfactorily only by the Road Runner. This Salander, supposedly not as super-powered as Batman, is nonetheless equally as skilled at drifting a boosted Lamborghini or sniffing a necessary plot point while it’s still over the horizon.

Origin stories are now the currency that matters, so up through a continuity implant comes Lisbeth’s evil sister and would-be nuclear terrorist Camilla, played by Sylvia Hoeks with hair and eyebrows dyed blonde and a robotic mode close to the one she used in Blade Runner 2049. The two sisters stand and stare at each other, black versus white, two contrasting fetishistic responses to shared child abuse—effacing tactics both, although the film doesn’t care to question effacement and a life beyond the law as a survivor’s response in the first place.

Claire Foy can’t be blamed for being the prettiest, most gamine, and least goblinesque Salander yet, but the fact that she is says something for the film’s mild intentions. Her hoodie and white-eyes outfit is less avenging terror up from feminism’s id and more villain up from a show on The CW, and like most revamps that claim to be sequels it’s just not possible to connect this version of the character back to a previous one, even when she verbally professes the link herself. The actor’s post-Crown career choices so far suggest little fear and no small ambition—Unsane is about to get at least one vote in the year’s Sight & Sound Best Films poll—but it’s Salander’s spark that is the problem, rekindled for a purpose that pretends to align with the one that birthed her in the first place, but really doesn’t. The film is fine, easy viewing, adventurously cast, entertaining, fun to watch—if watching a film begin its half-life decay right there on screen is actually fun at all.

The scene The only meetings between cartooning and jazz that I used to see were the jokes in Jazz at Ronnie Scott’s, so the French strips by Blutch reprinted