The beast from the East 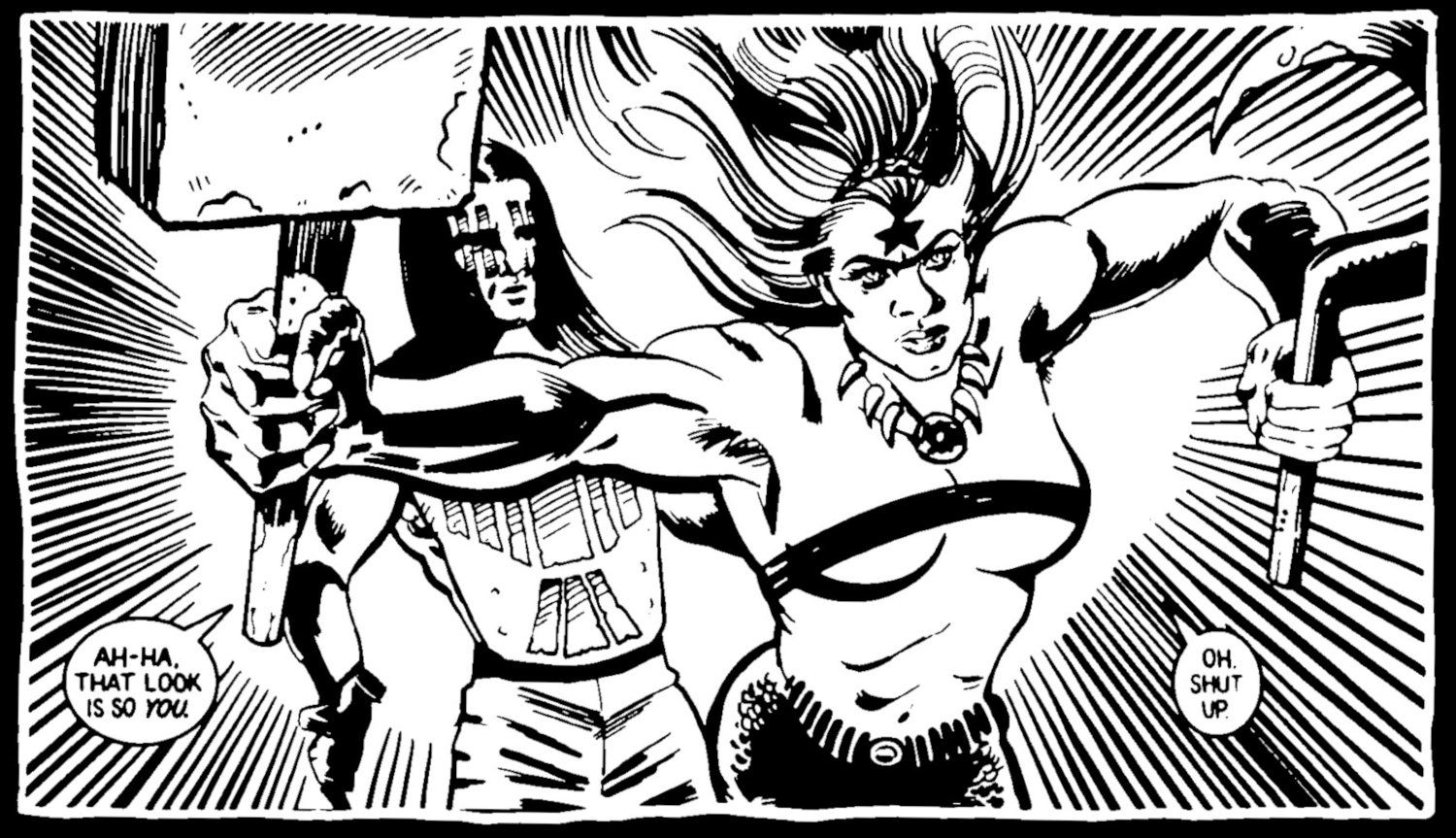 Octobriana rides again, again, in Octobriana: Hammer, John A Short and Andrew Richmond’s Kickstarter project which has the eternally out-of-copyright warrior nymphomaniac wandering into something like a 1960s Hammer film with walk-ons from Ingrid Pitt and Michael Ripper and other luminaries. Nothing in black and white can really feel like Hammer, but the book pulls in different styles of comics art instead; when Caroline Munro and the other two vampire brides turn up, they’re drawn like John Armstrong characters from Misty, and that was never in colour anyway.

The character’s first best destiny is probably still charging through underground comix in a cloud of pornography, although if anyone merited a nod towards the old Michael Reeves hammer and sickle gag from The She-Beast, it’s Octobriana.

I wrote about Octobriana for an early issue of Comic Scene magazine’s recent incarnation in 2018, if you can locate it. 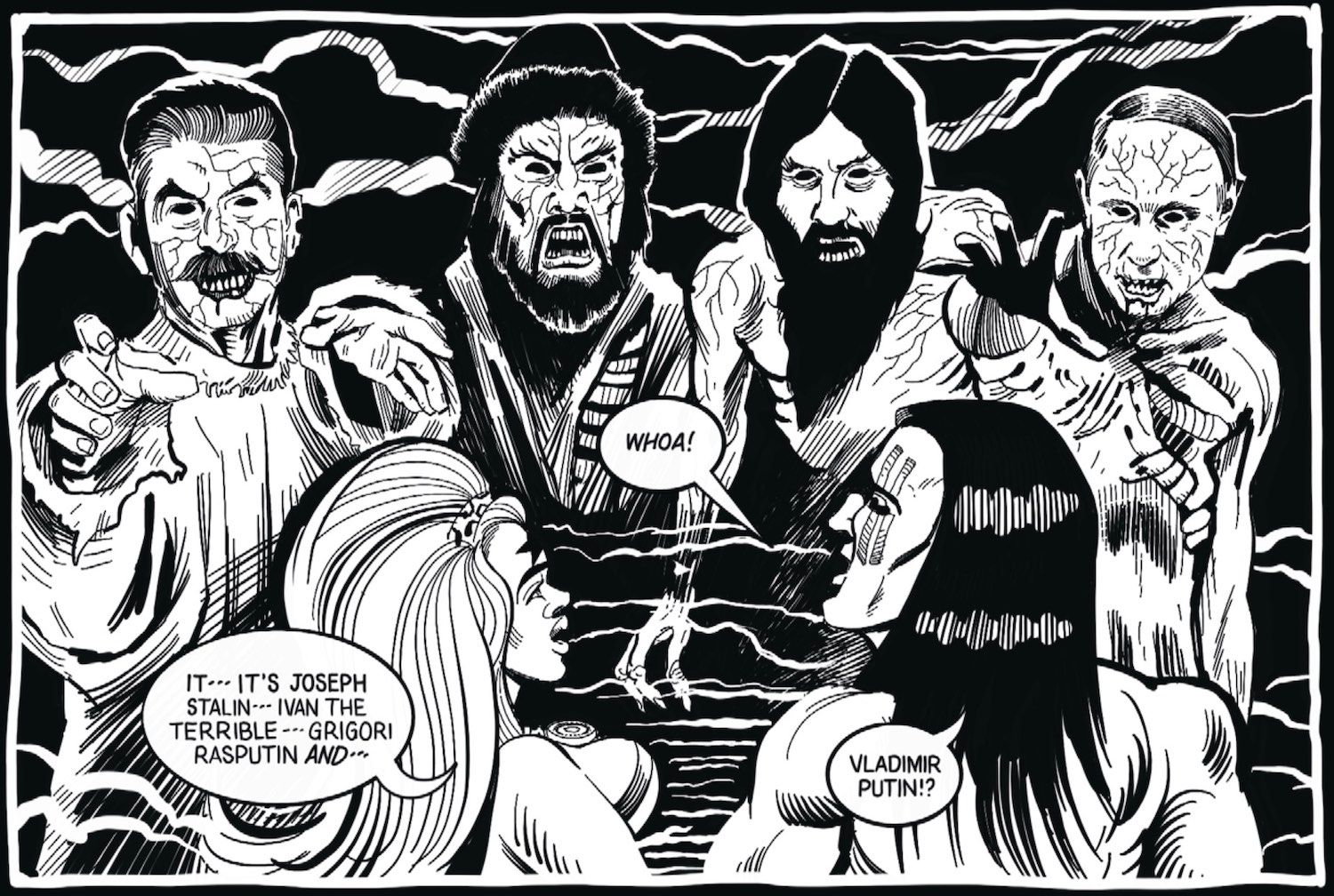