Dog wife is in danger

John Wick 3: Obey the rules, swear your loyalty, pay for your transgressions, beg others for redemption, peace through suffering, mutilation as penance, guilt guilt guilt, LOLs. Nods to The Matrix that make it feel like your radical brother grew up to be as square as your grandmother.

Also hotels you can’t afford full of matronly telephone operators with hipster neck tattoos writing murders on chalkboards, which is only one Simon Le Bon short of a Russell Mulcahy pop video from 1984. And like a bunch of those the Wick-verse’s revolt into style involves a lot of looking crestfallen, its affluent globe-trotting capitalist killers all miserable as hell, including the Eurotrash. Even without the baggage of the phrase Sad Hitman, which is plenty, the film is enthusiastically square. In his book Make My Day J. Hoberman mentions a 1976 film full of

and it’s a mark of where we are that he was talking about Taxi Driver but could have been describing the last two John Wicks, which have all of those—plus a bunch of mixed-up class war messages—but with all the polarities reversed. Irony is everywhere and tone is everything, in John Wick 3’s case the tone being that of something written on the back of a menu by Mark Millar. 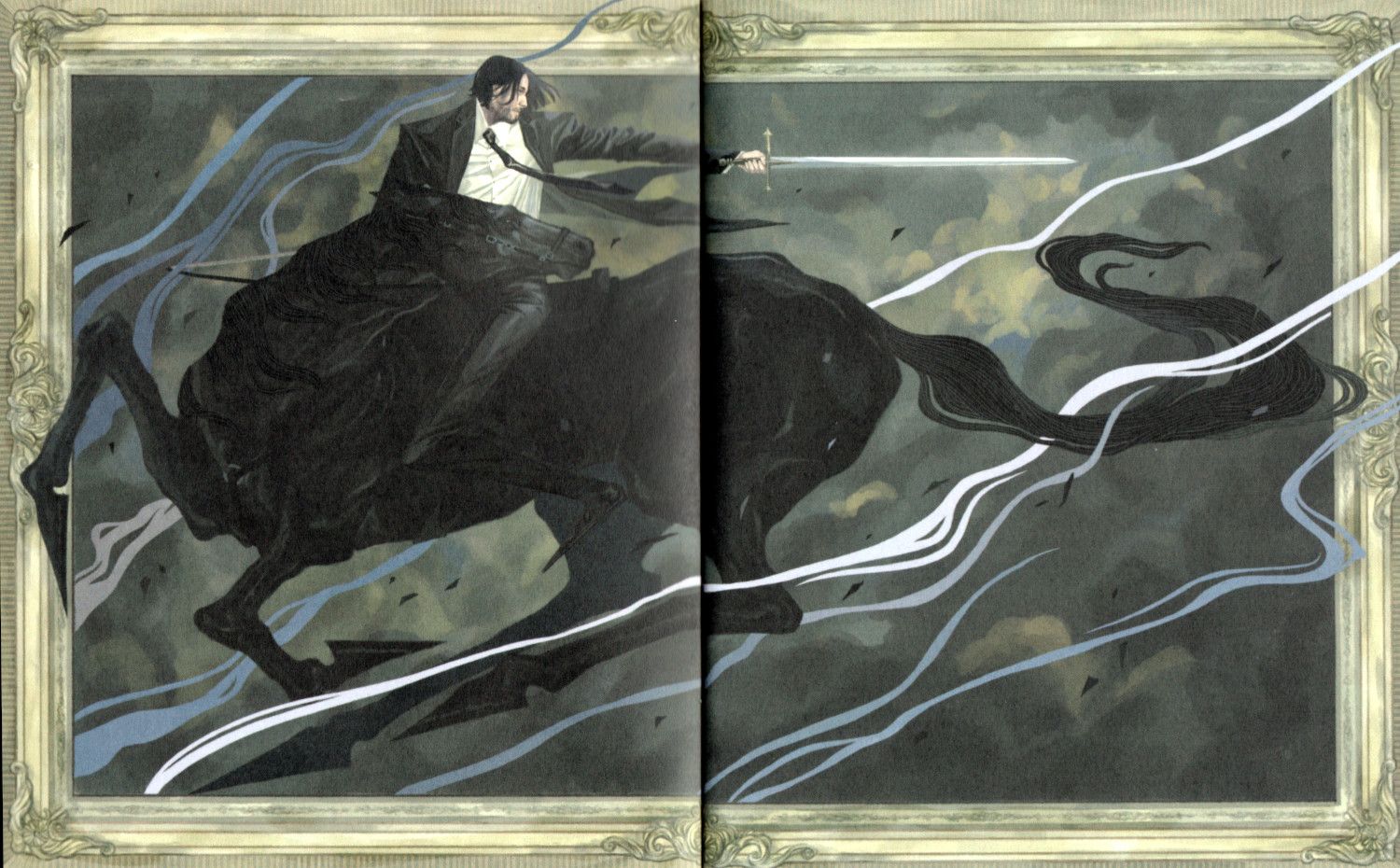 Shortbox put out a minicomic—“John Wick3 ”—which did what comics can usually do and sliced cleanly down through the wrapping paper of someone else’s IP all the way to the counter-cultural bone.

The films say Wick is a legendary figure of fable but the only decent visual signpost of it is Keanu Reeves riding a horse, the urban cowboy (or one of the Secret Agents of History, Hoberman’s phrase) from some self-made patty of McMythology. For the comic, Eileen Kai Hing Kwang sees this bid and raises it, putting Wick on a huge fantastical Bucephalus with hooves like spears, a portrait of horse and rider twisted in the act of either slamming on the brakes or making an unclean getaway, suitable for putting on a little stand at Wick’s funeral.

Wick on his horse in his skinny black suit will be part of PhDs about Keanu Reeves’s intersectional appeal and John Wick’s rampant heterosexuality (as if Wick wasn’t clue enough) and John Wick’s casting of Ruby Rose and Asia Kate Dillon as sleek representatives of the world’s hidden forces. In the meantime the comic spots Wick and Marcus (Willem Dafoe) as the franchise’s original flaming creatures, with Carta Monir drawing a battered Wick gazing up at the healthily bulging curves of Marcus’s crotch from floor-level as Marcus asks him for his safe word. “Hello John” indeed.

The best bit is Jane Mai’s cover, kicking Wick back into the manga tradition that loosely inspired him, as dreamy and flexible as the films are stolid and set. Plus it reaches the only logical conclusion about a sad hitman and his beagle. 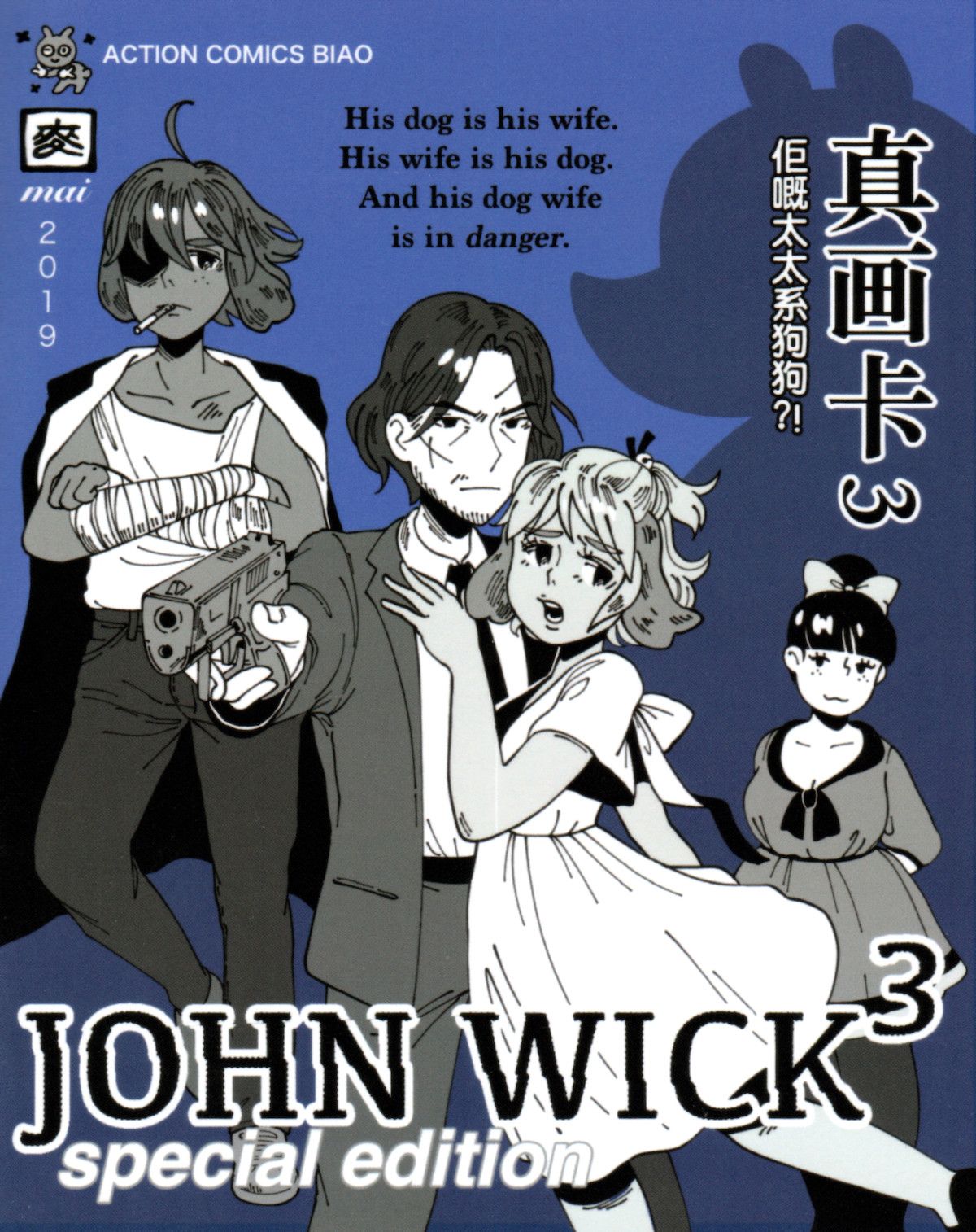